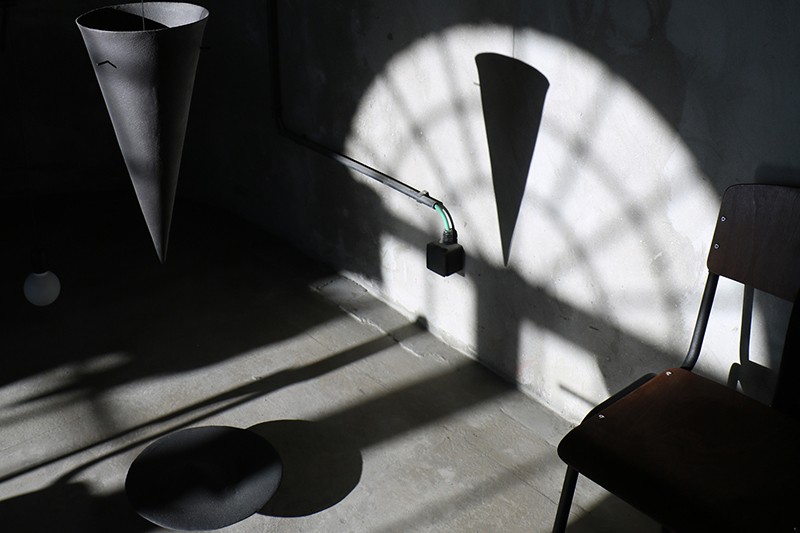 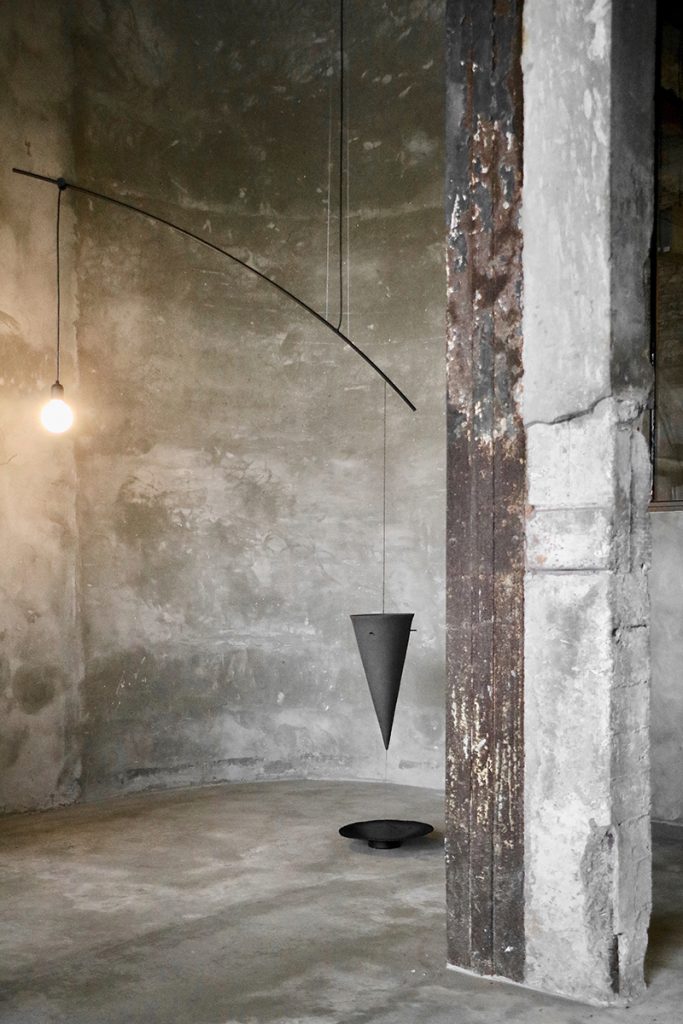 Hypnos is a kinetic sculpture inspired by the popular tale of the sandman and revealing the beauty of the transition from light to dark.

It tells the passing of time and invites to the daydream. 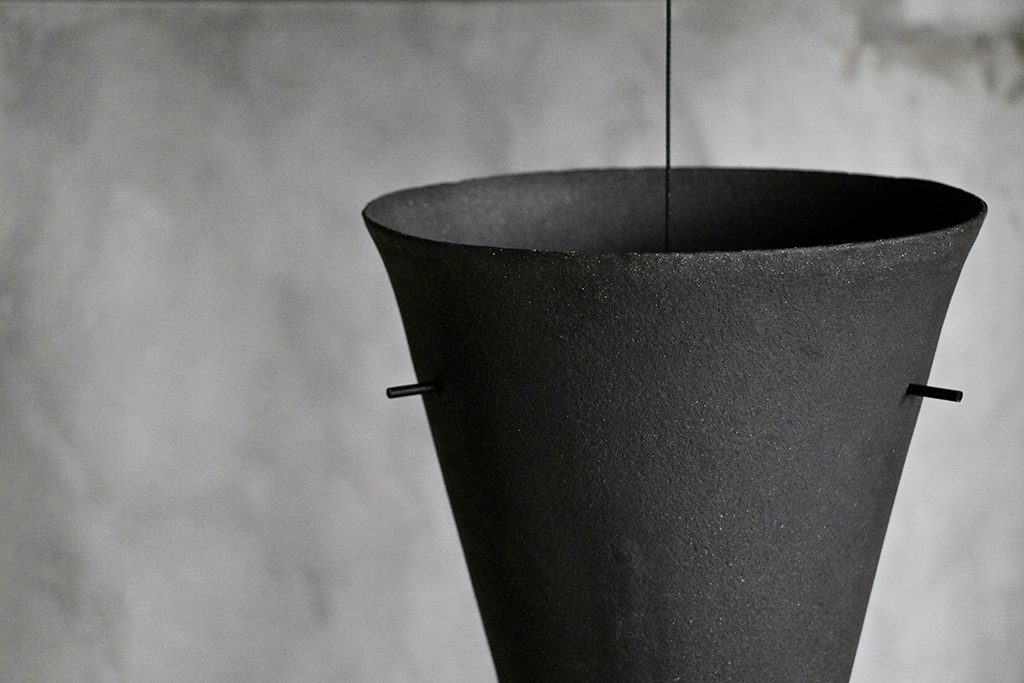 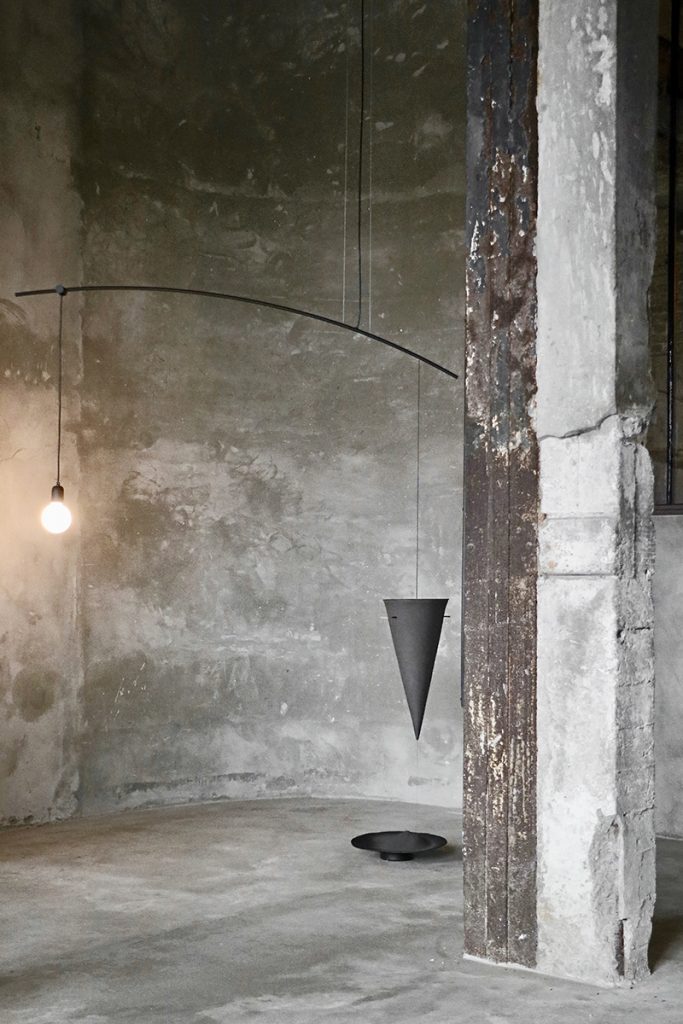 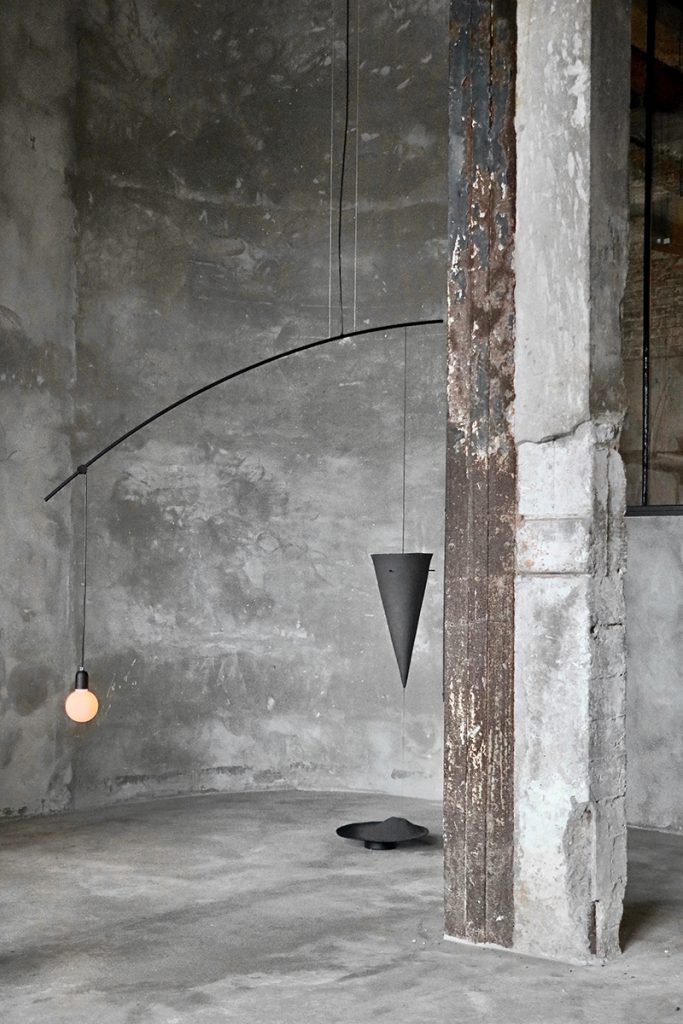 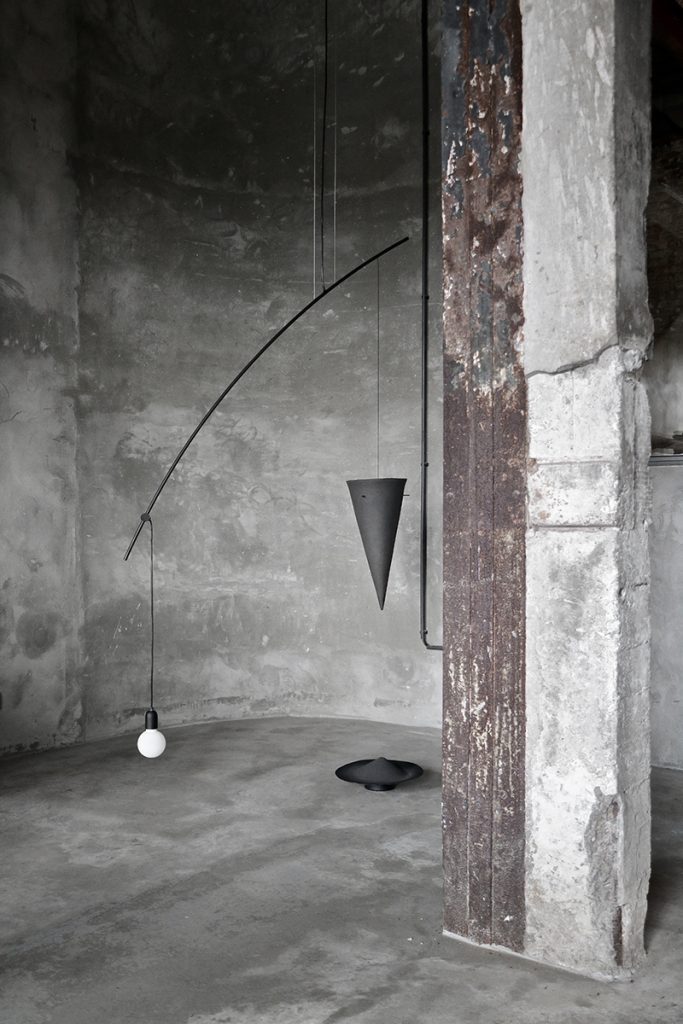 The moving piece is built around two elements, a sanded glass light globe and a hand-turned conical ceramic piece containing black sand.
As the sand flows slowly from the tip of the cone like an hourglass, a natural pendulum mechanism occurs, gradually lowering the lamp.

This seesaw movement is simultaneously met by a subtle and delicate variation of the light. Its intensity slowly decreases during its trajectory until turning off when the lamp touches the ground.
The effect of dimming lingers until the last speck of sand flows out.Through its kinetic dimension, the object reveals an analogy between time and light, thus creating a tangible and poetic relationship with the latter.

Echoing the Japanese aesthetic concept of mono no aware, Hypnos invites the contemplation of the present moment and celebrates, in the manner of a ritual, the permanent change, the awareness of the ephemeral. 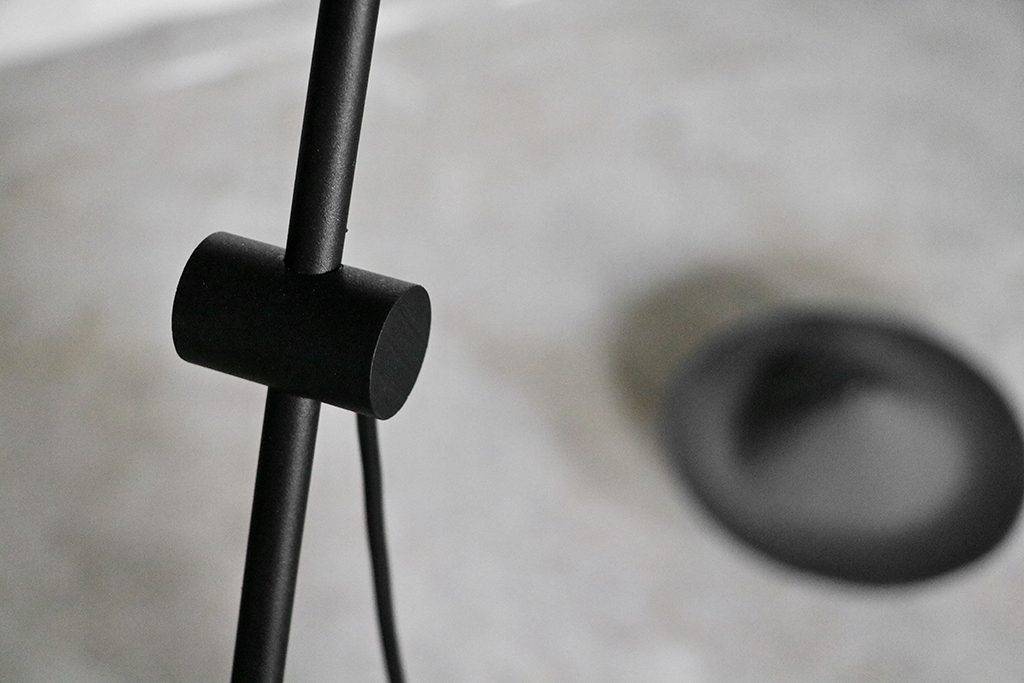 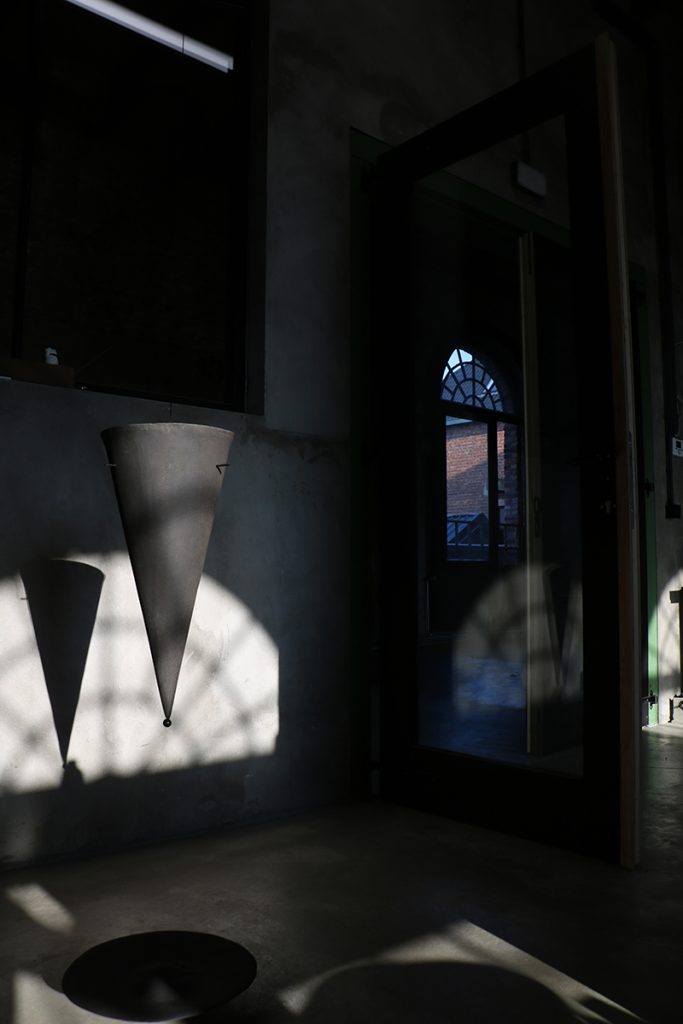 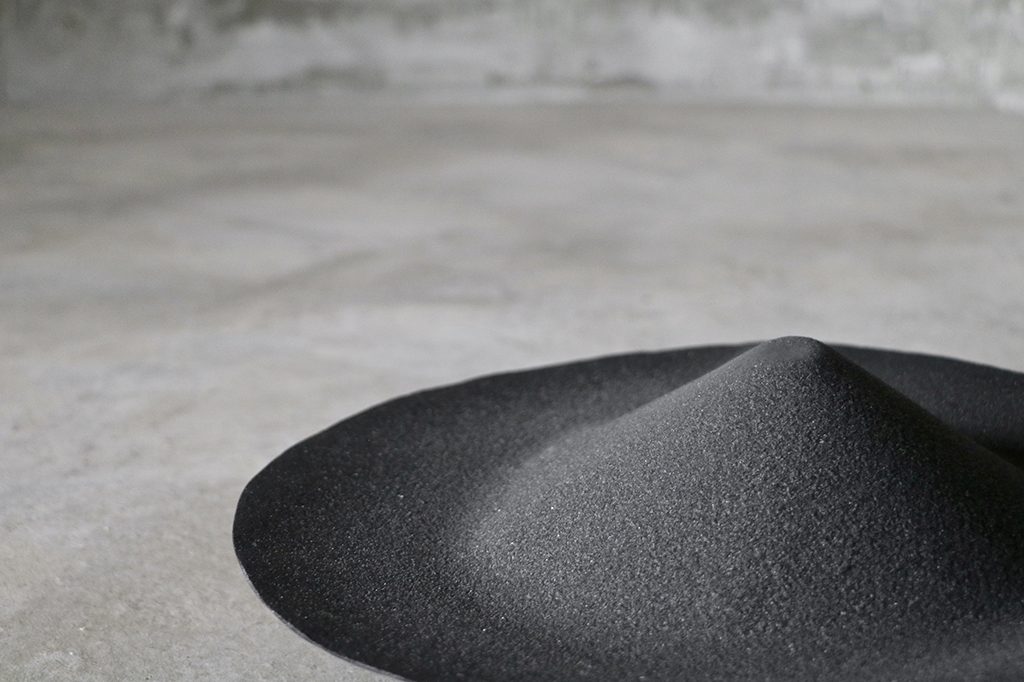 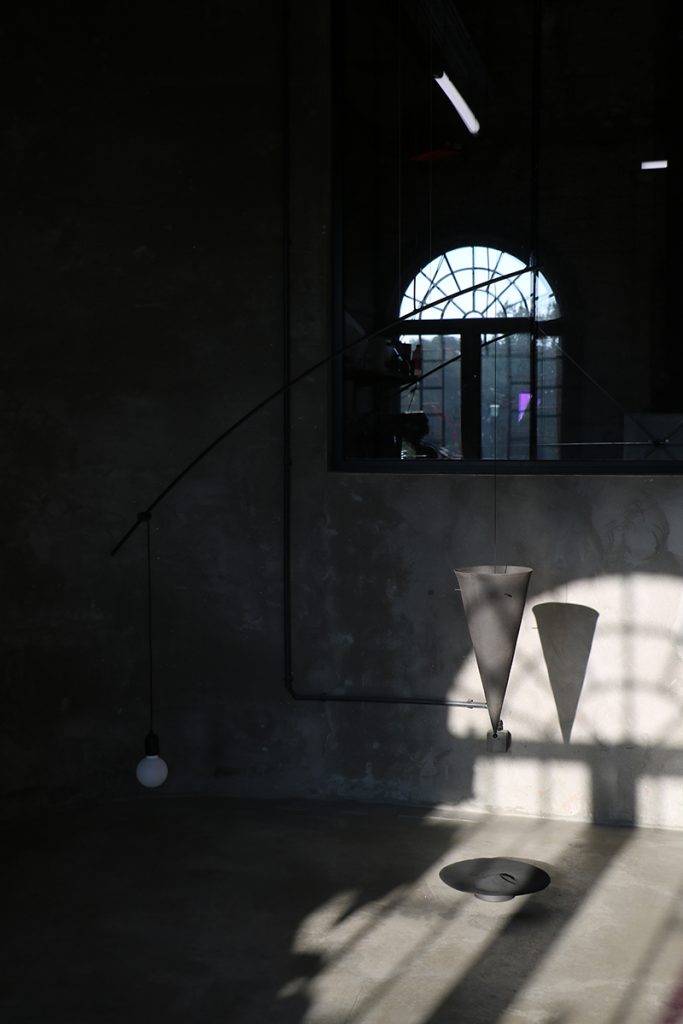 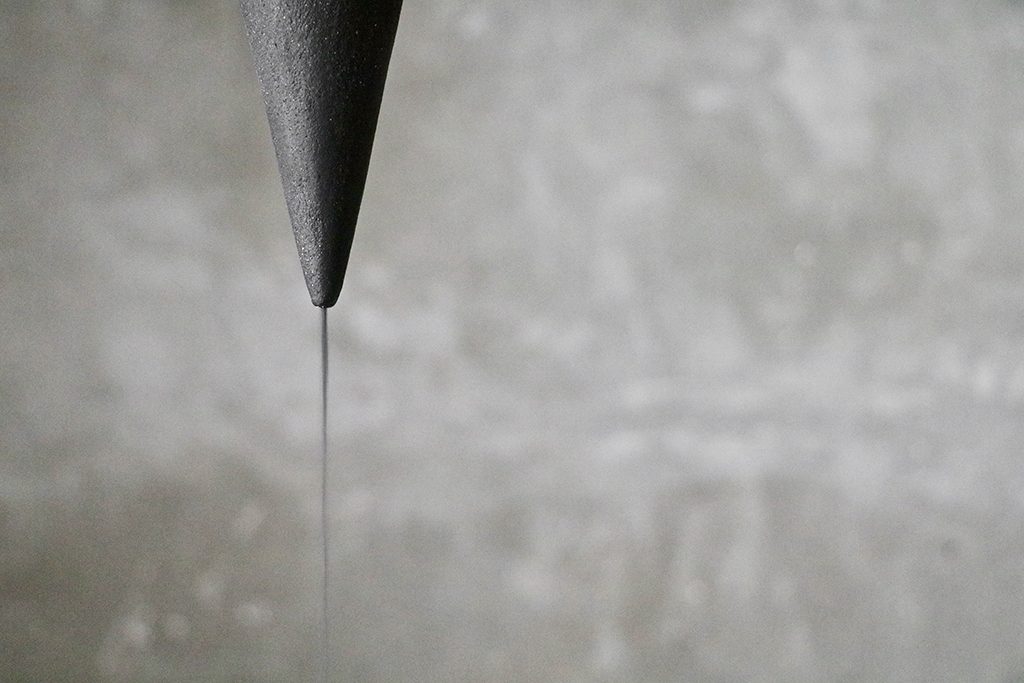 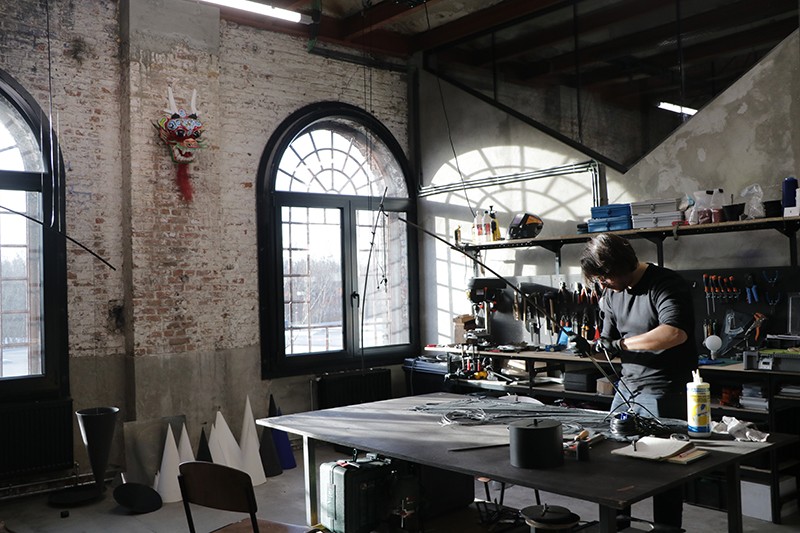 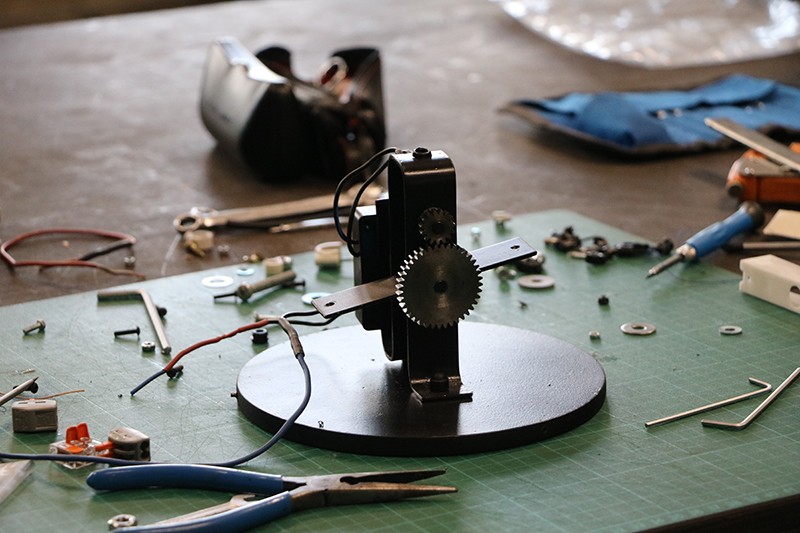 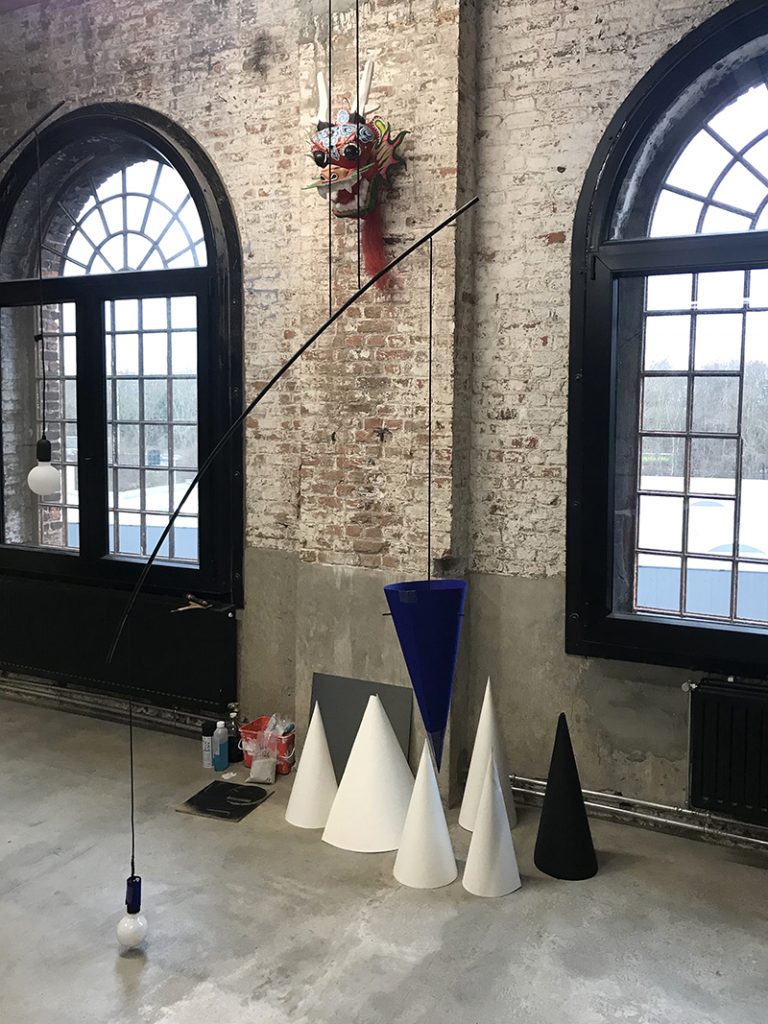