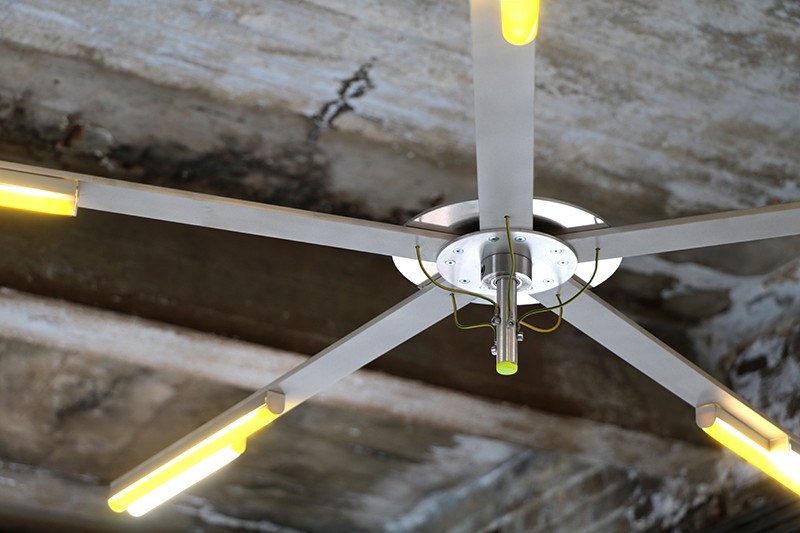 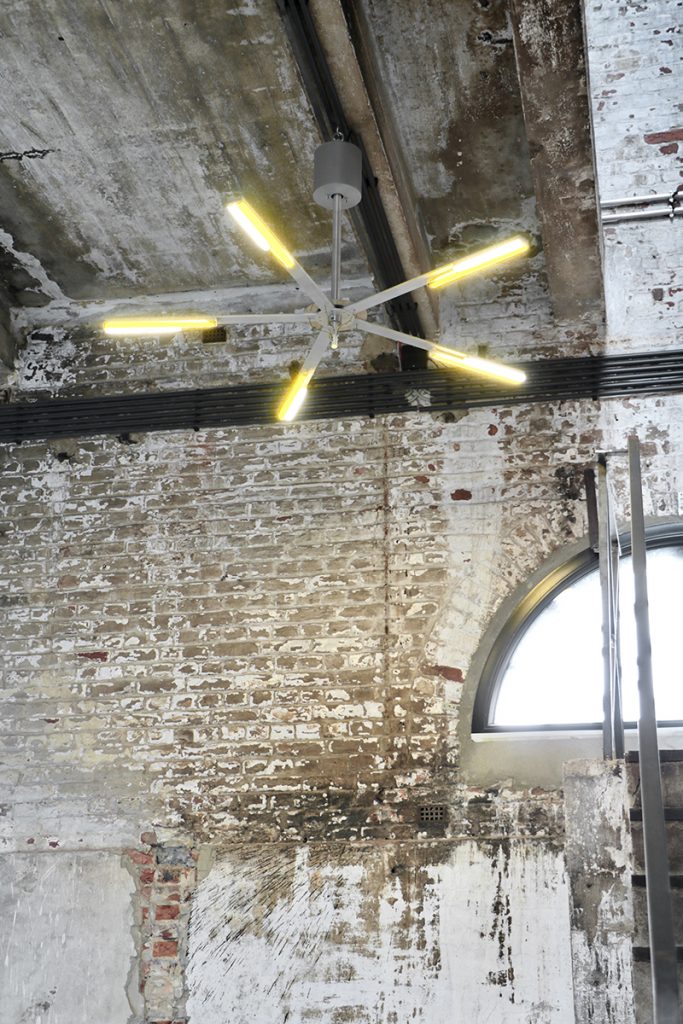 Light Fan reworks the design of the fan. Suspended on the ceiling of a restaurant or a gaming room, it reminds us of the hushed atmosphere of the casinos in Las Vegas or the lively street canteens of Shanghai.
Its kinetic convokes a contemplative dimension almost hypnotic by the rhythm of its continuous rotation. 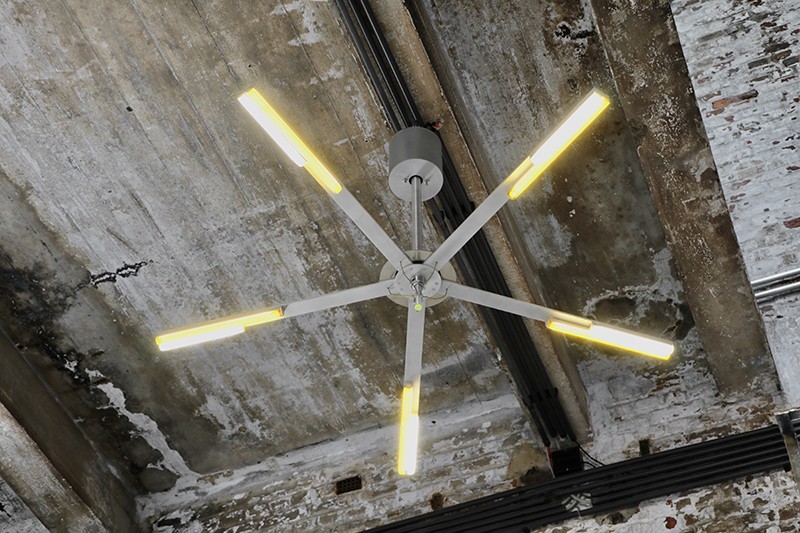 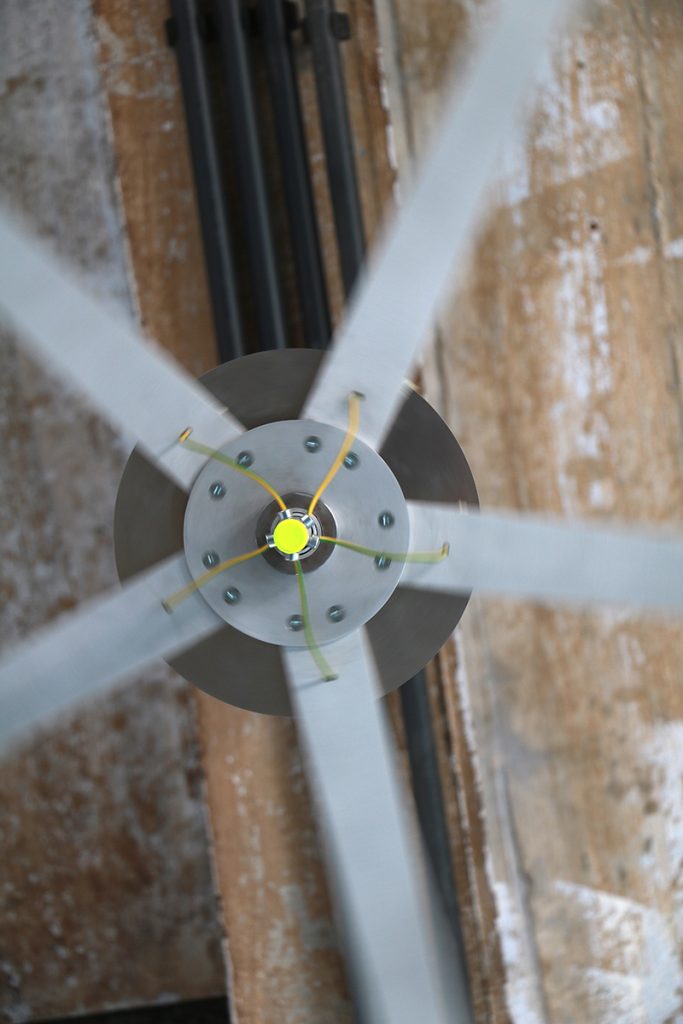 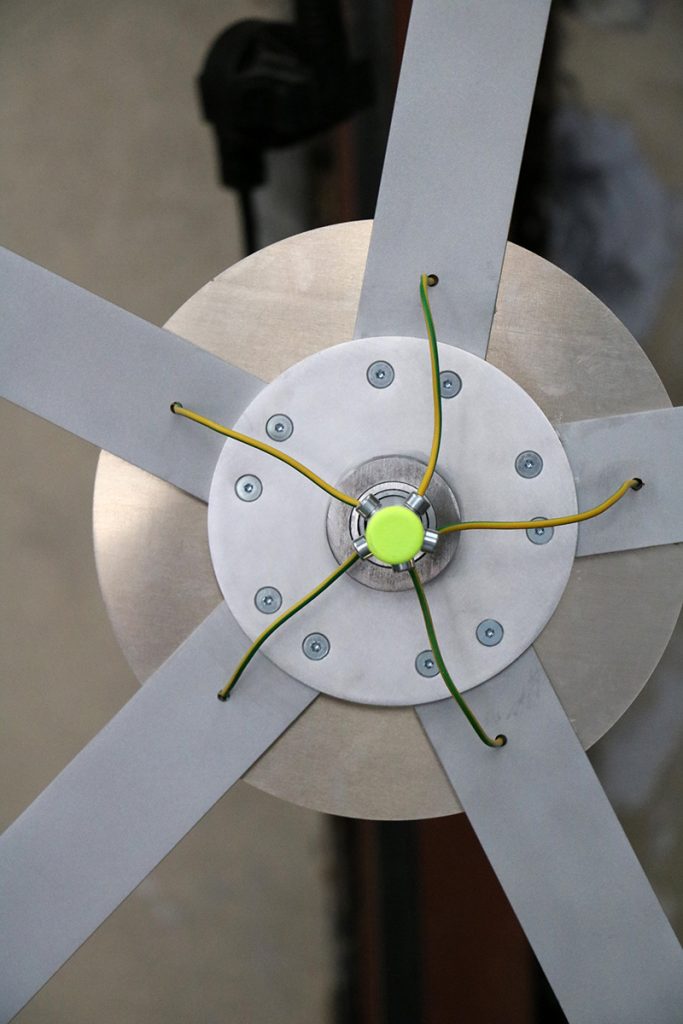 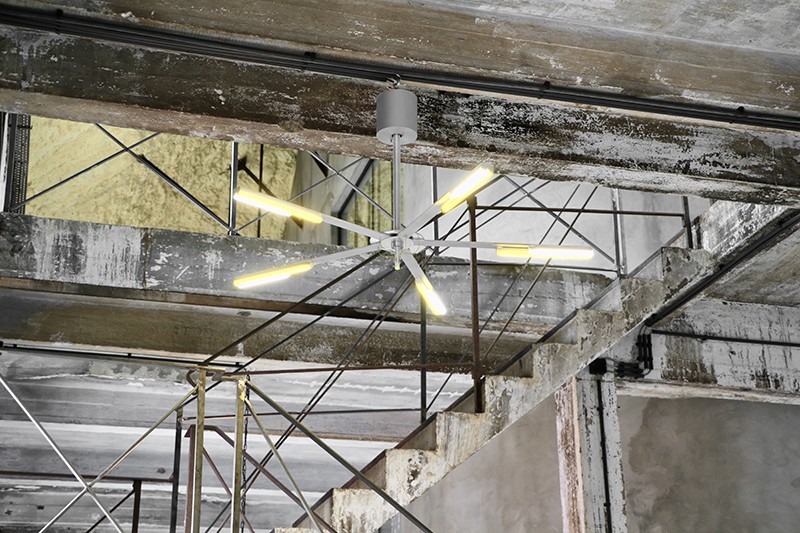 In these two versions of the fan, we have set aside its function of ventilation and air conditioning so as to reveal its movement by associating it with light.
The first version is a direct quotation to the object, where the choice of the light source merges with its shape.
The second one presents a sculptural dimension by the hammered aspect of the blades. The colored light line placed underneath underlines the graphic aesthetics of the structure. 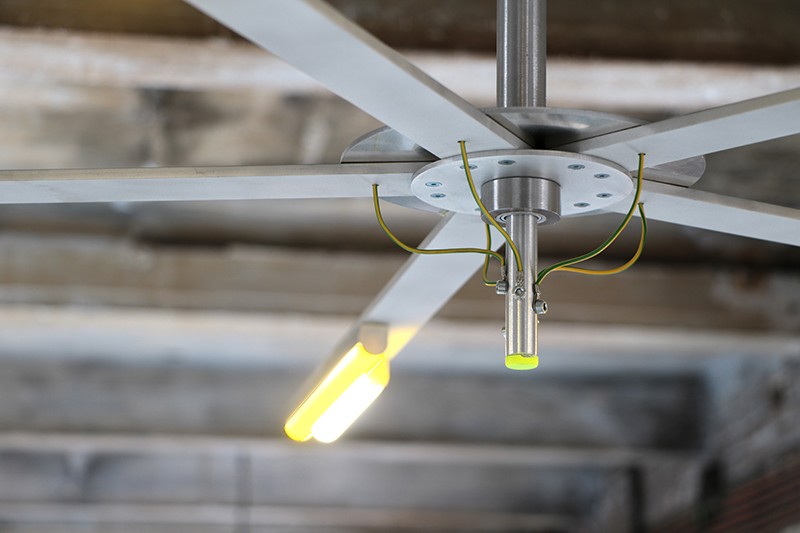 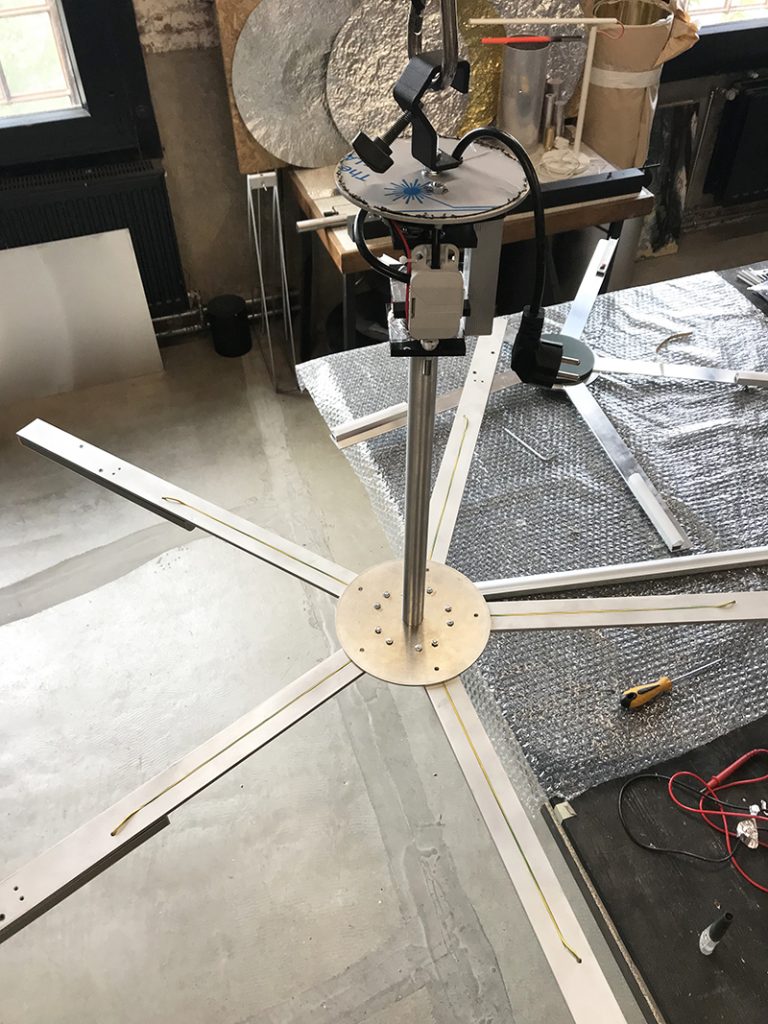 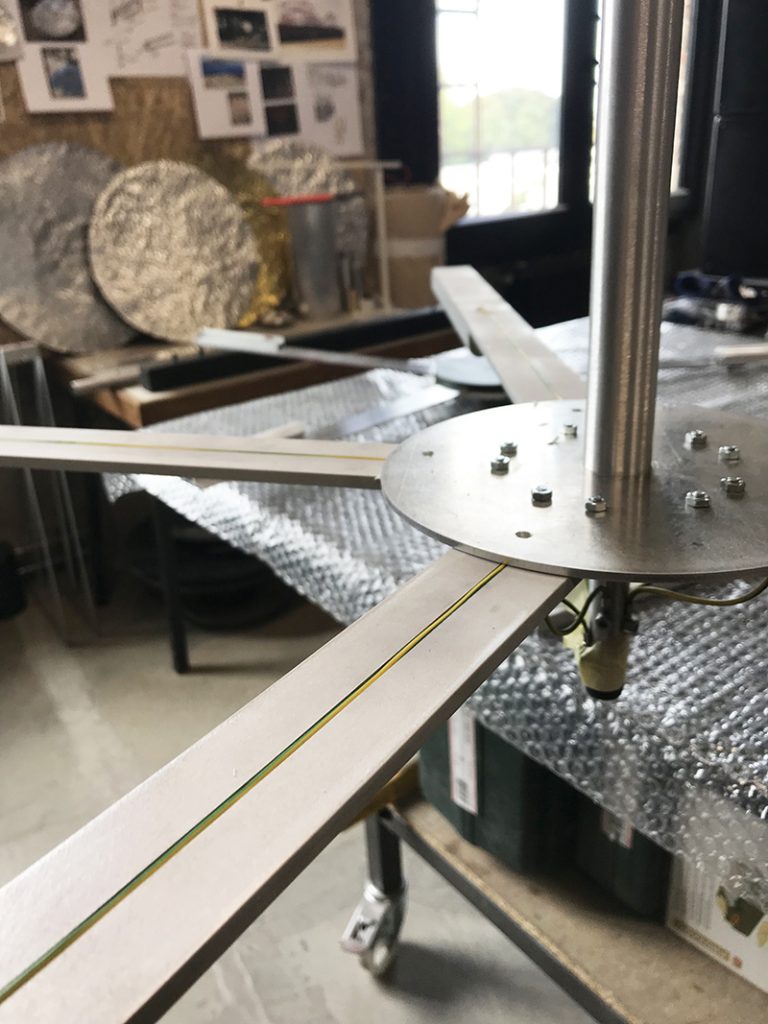 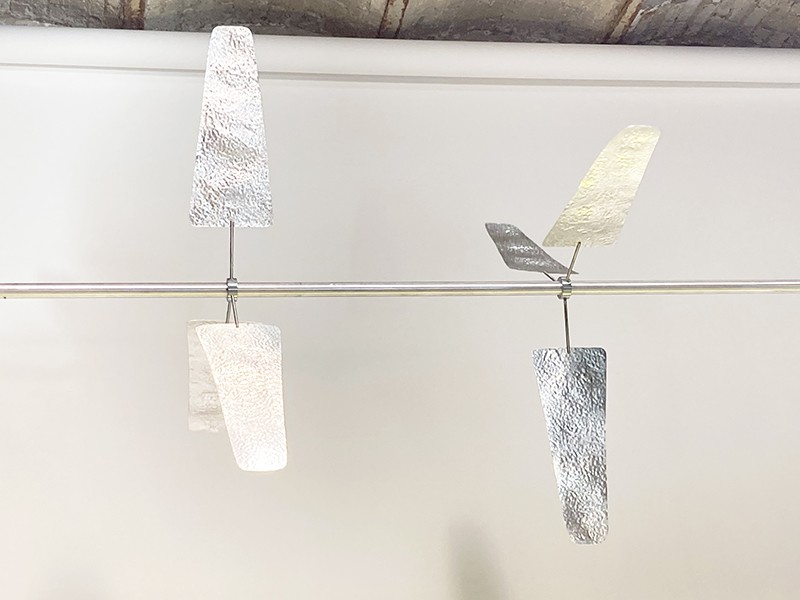 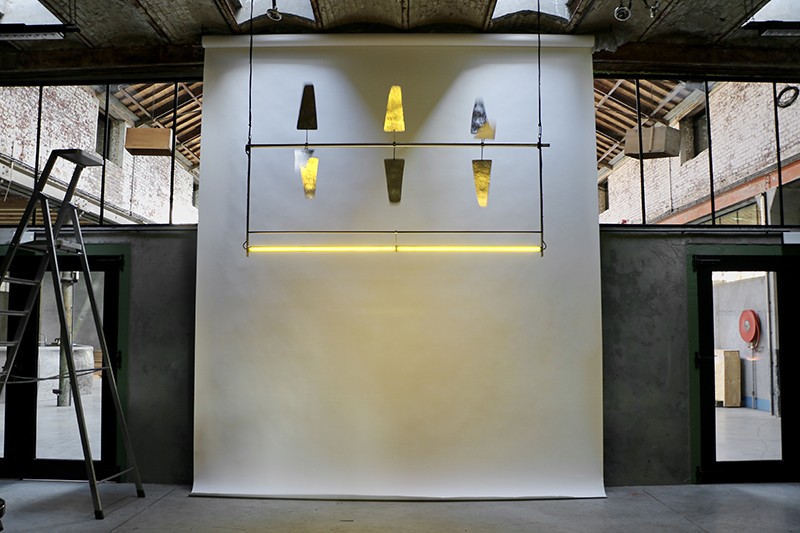 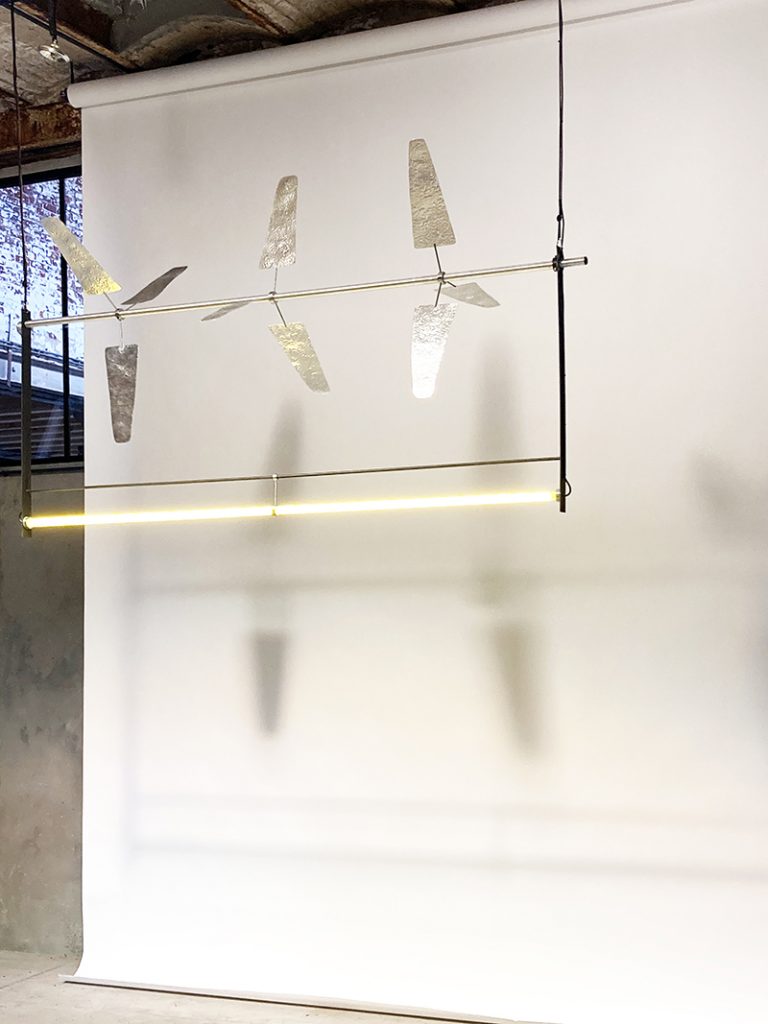 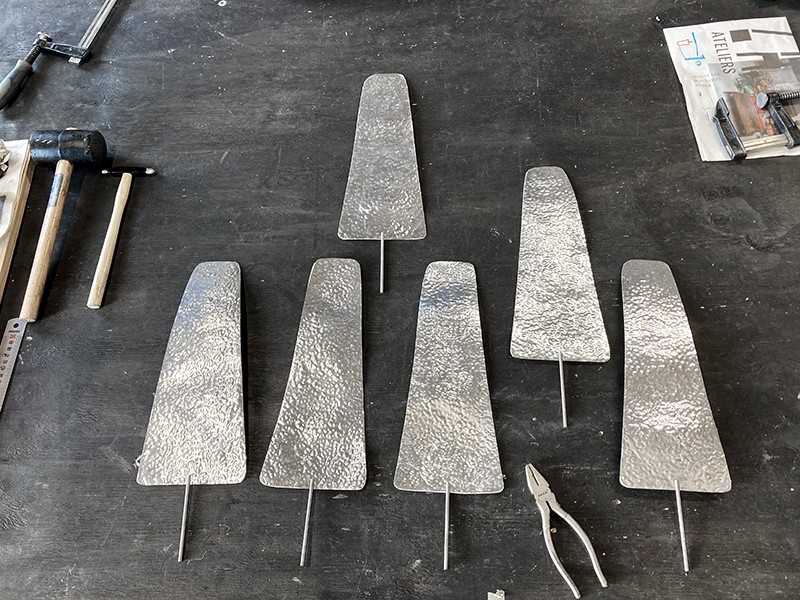 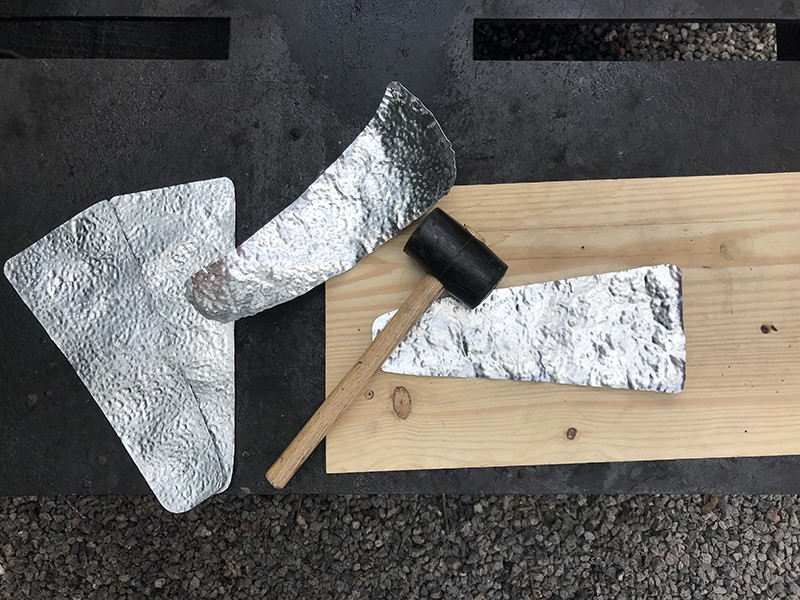 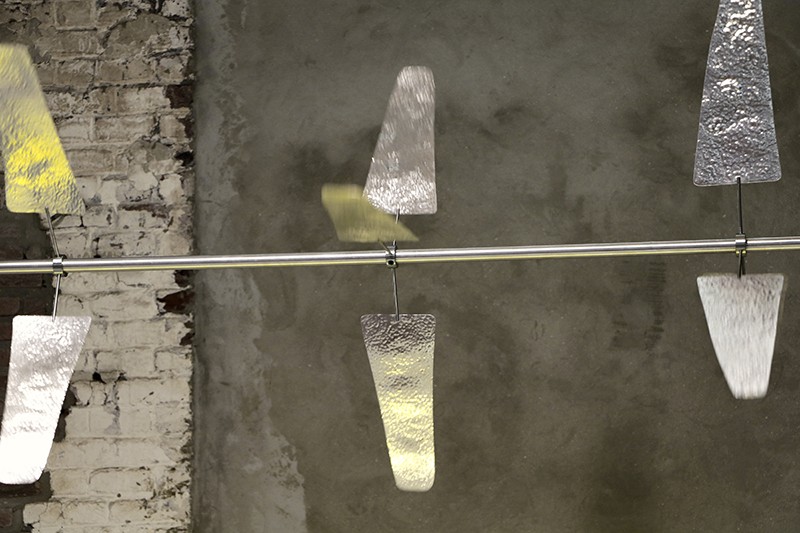 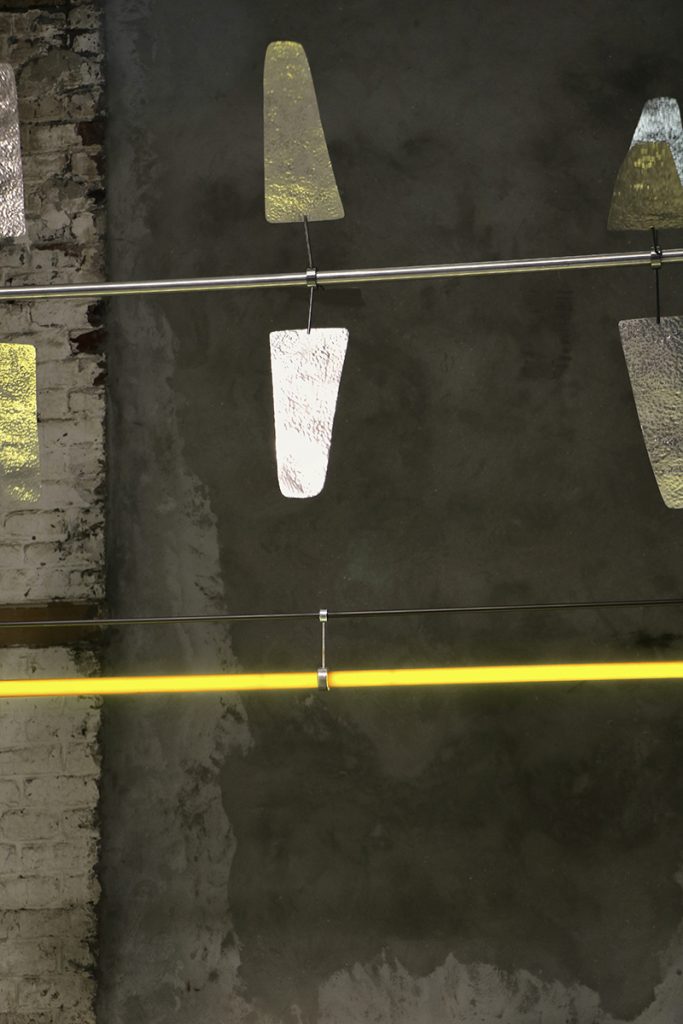 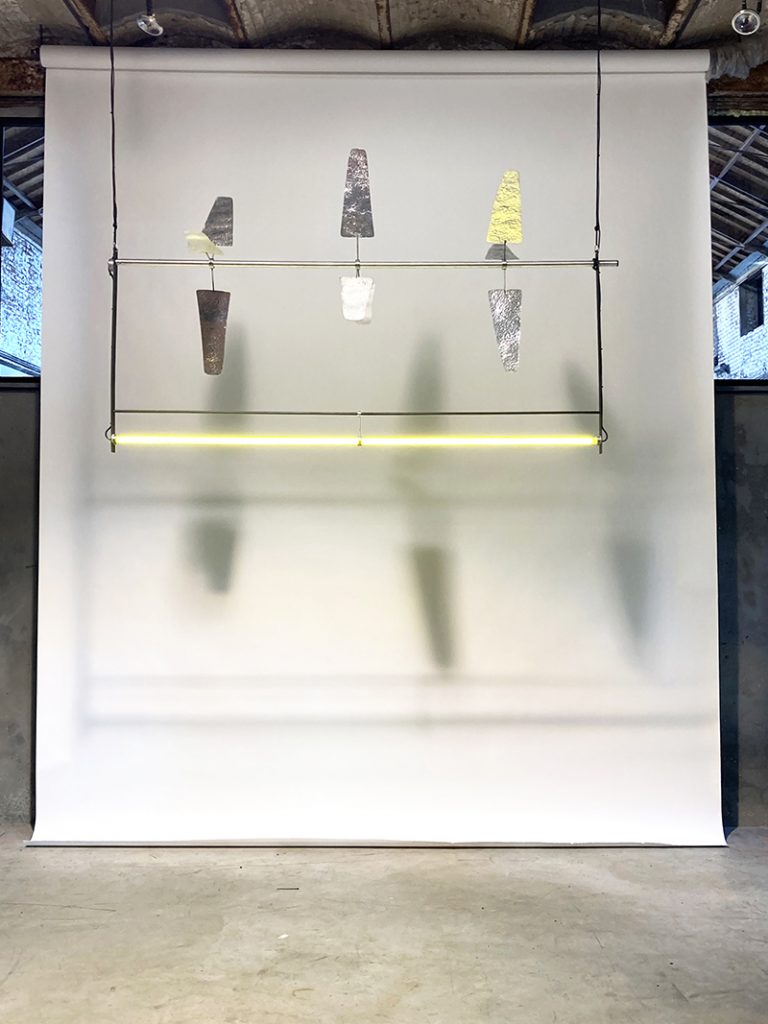