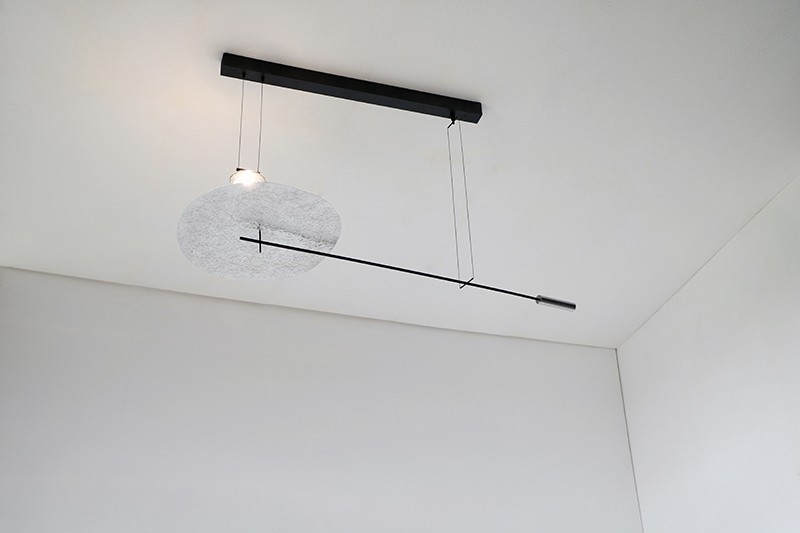 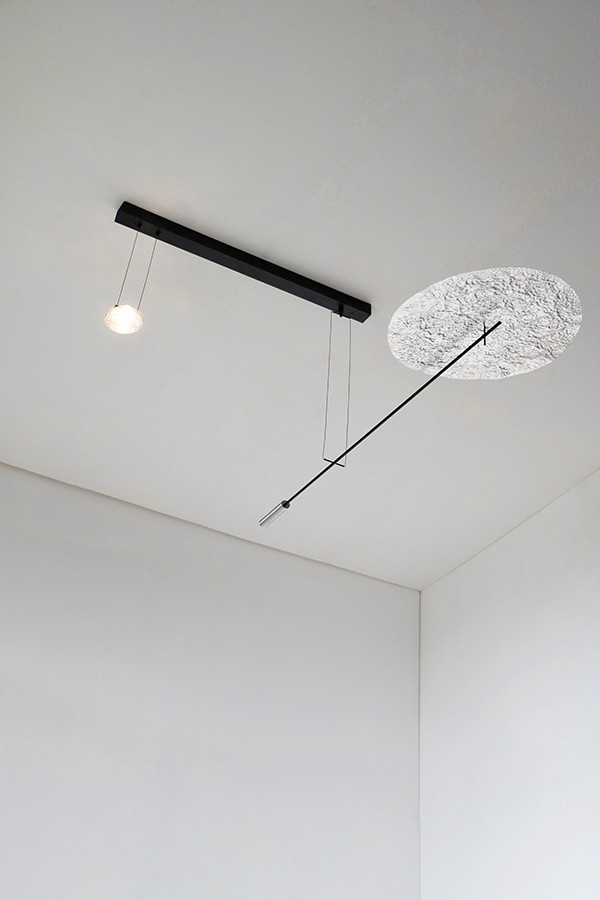 Umbra is a kinetic sculpture inspired by the heavenly spectacle of a total eclipse.
The perfect superposition of the moon on the sun can only be observed from the Earth. By this unique chance, we expect, live and contemplate the total eclipse as an exceptional event, a real show. 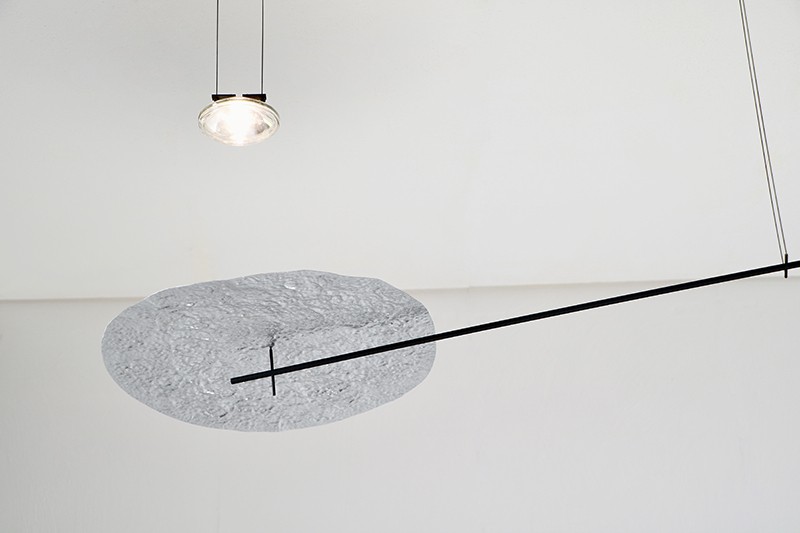 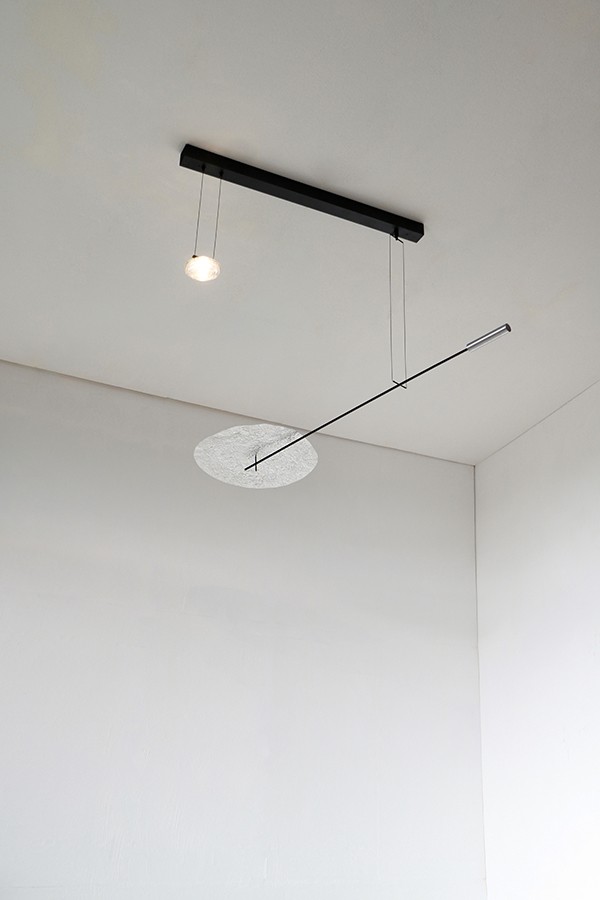 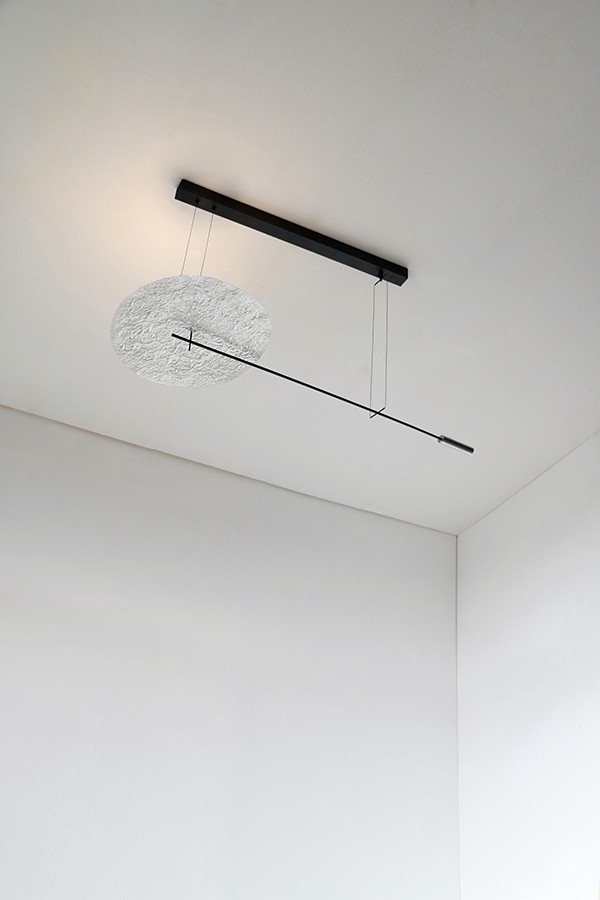 Through its movement, Umbra produces both light and shadow.

When the mobile starts its ride, the hammered aluminum disc moves under the lamp, temporarily obscuring the light beam and shading the ground. At the same time and by reversal, the light is reflected against the hammered surface thus triggering a reflection effect on the ceiling.

Ruled by a random sequence, the duration of the rotation changes from a cycle to another and can be achieved in about five minutes as well as one hour.
The «eclipse effect» happens at different moments, by the random of its rotations. Thus, through its functioning Umbra evolves within its own system and calls in a singular effect in our living spaces. 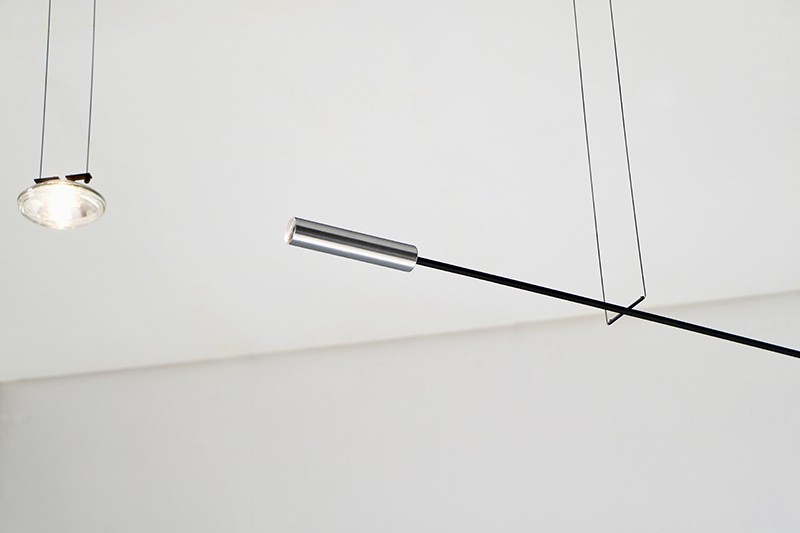 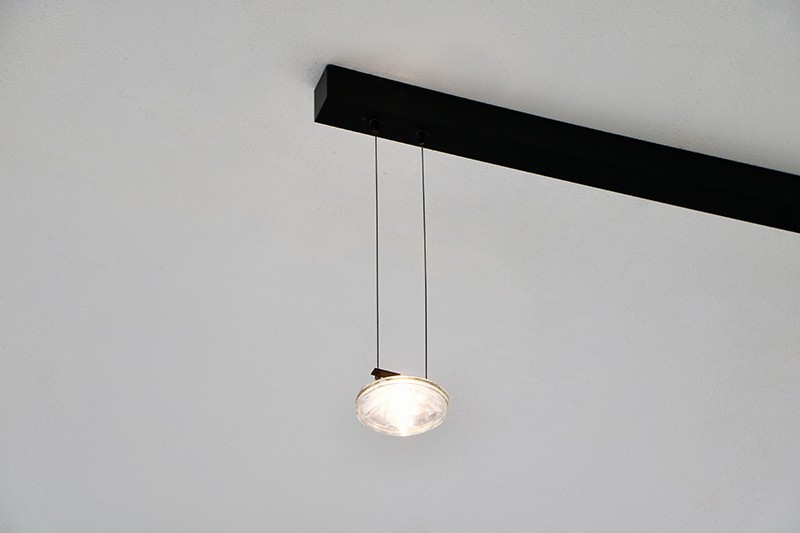 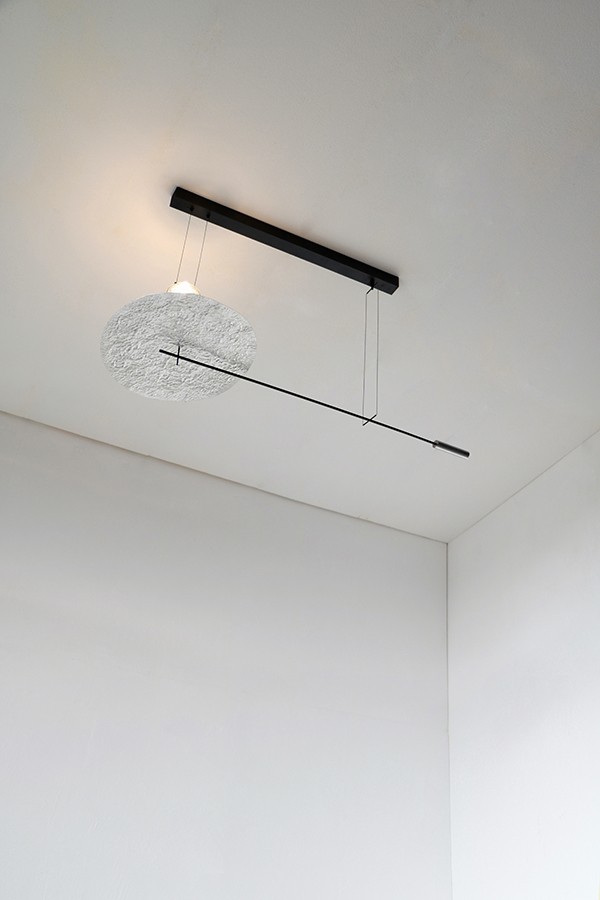 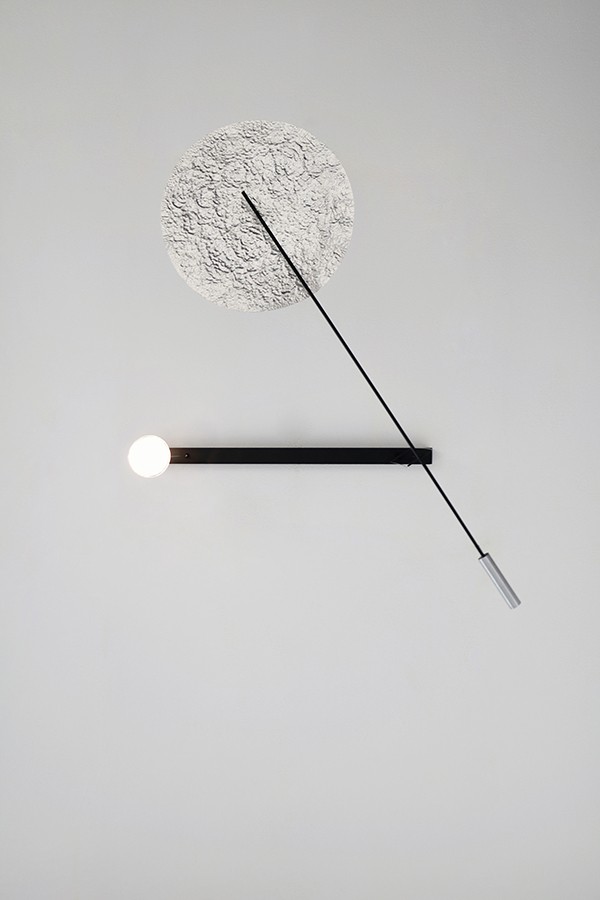 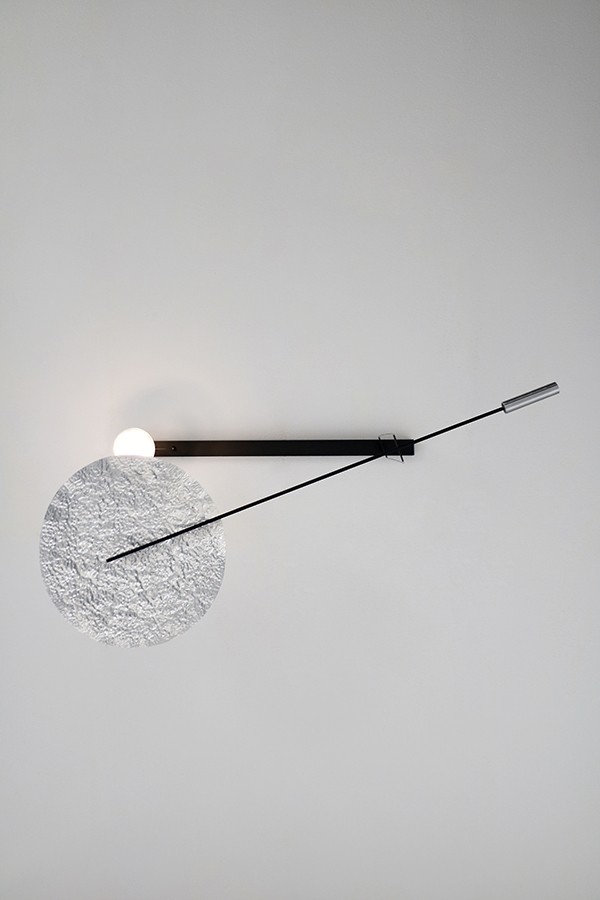 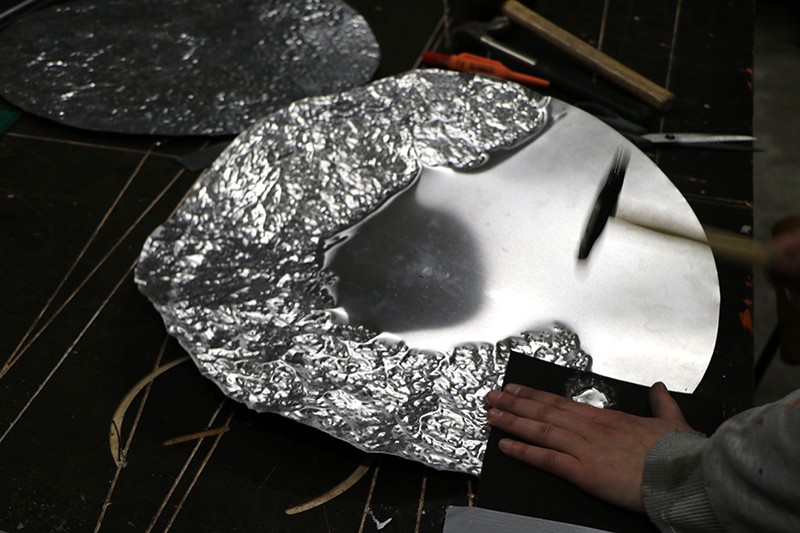 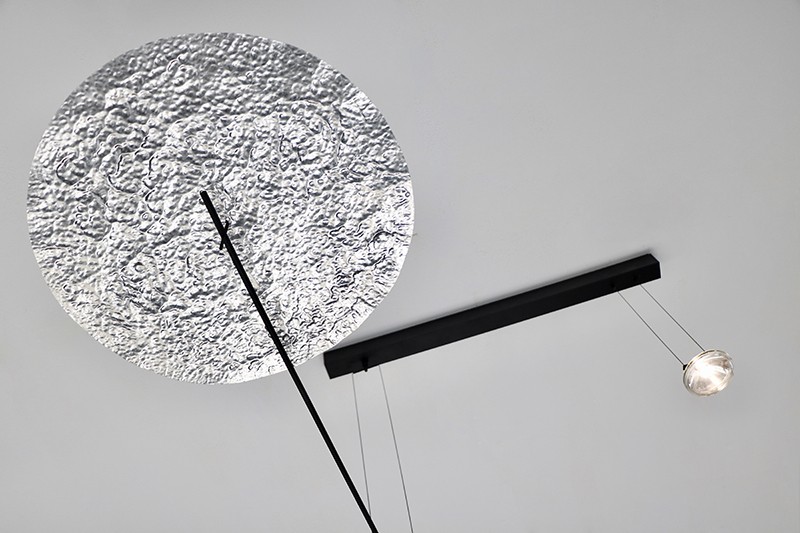 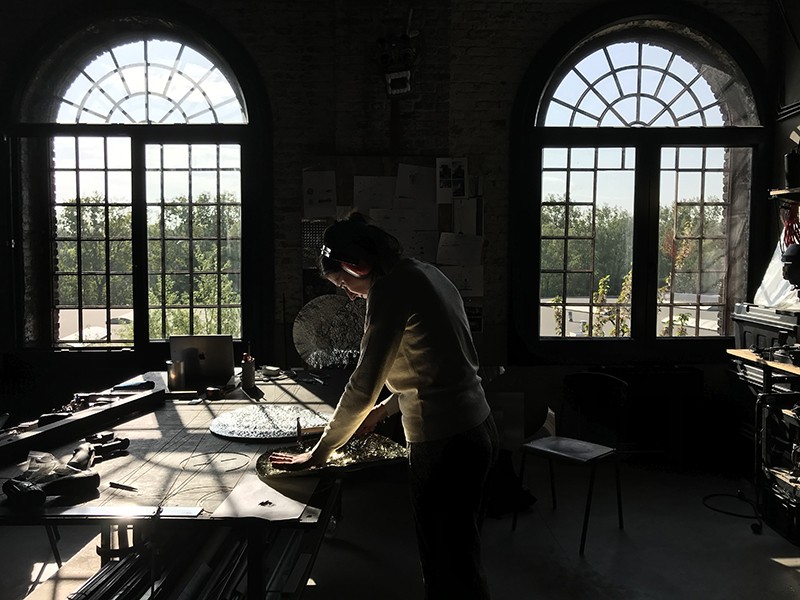 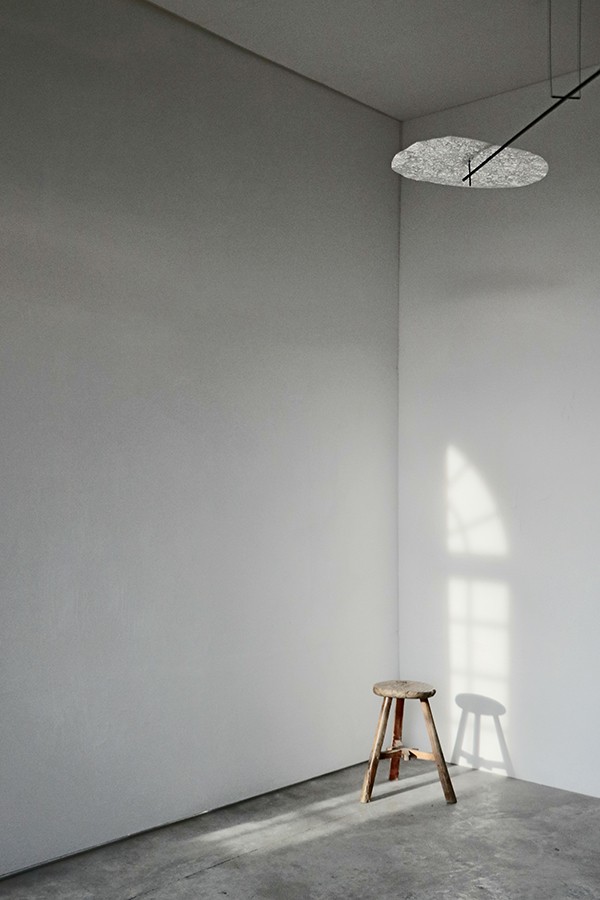 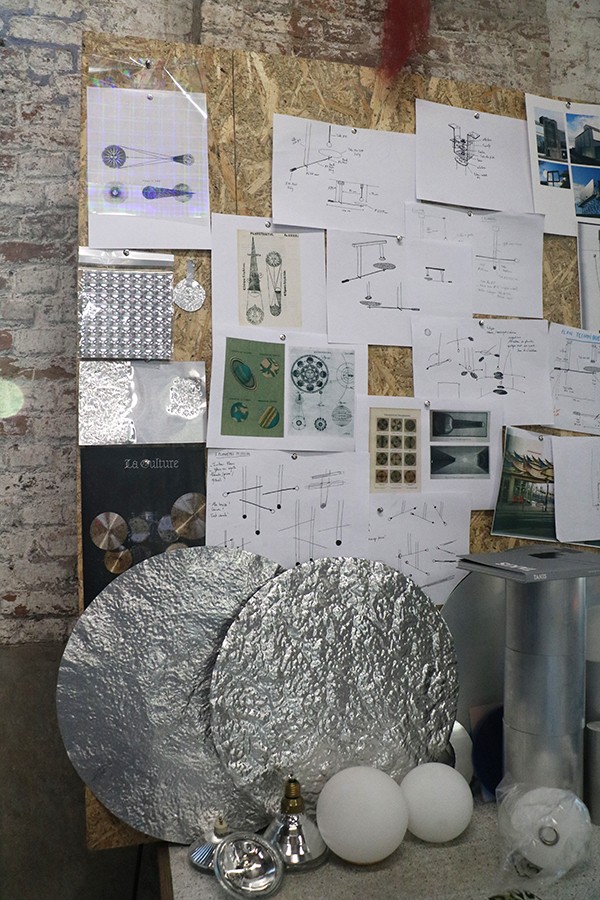 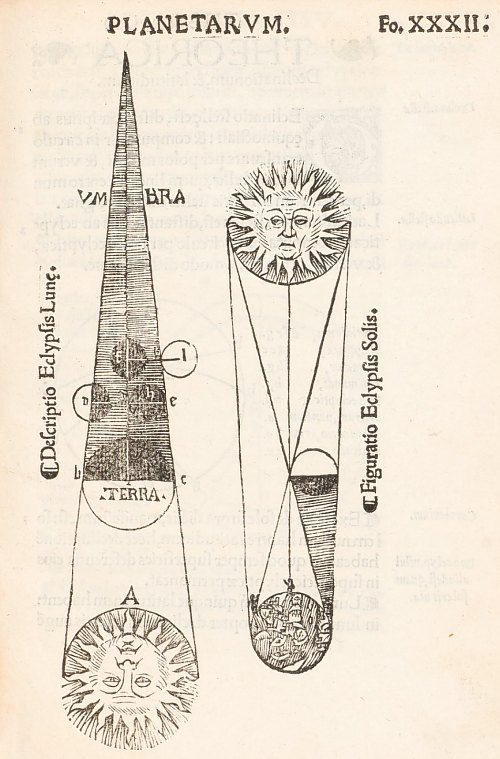 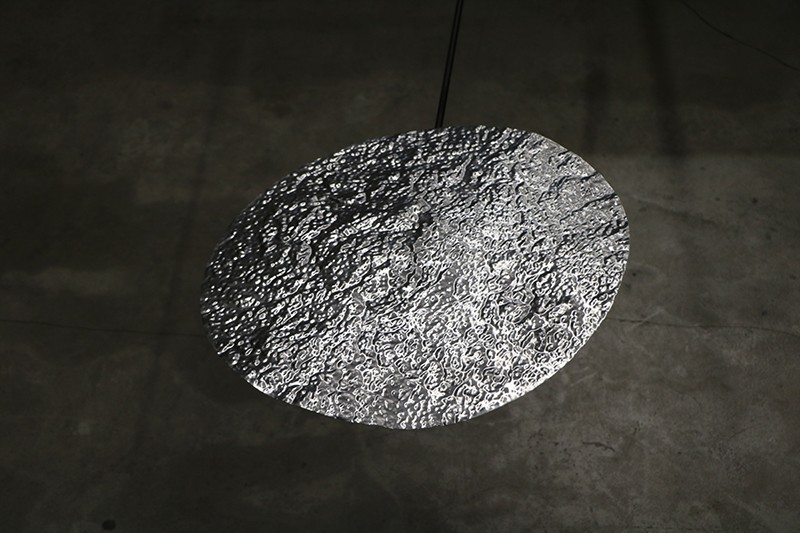 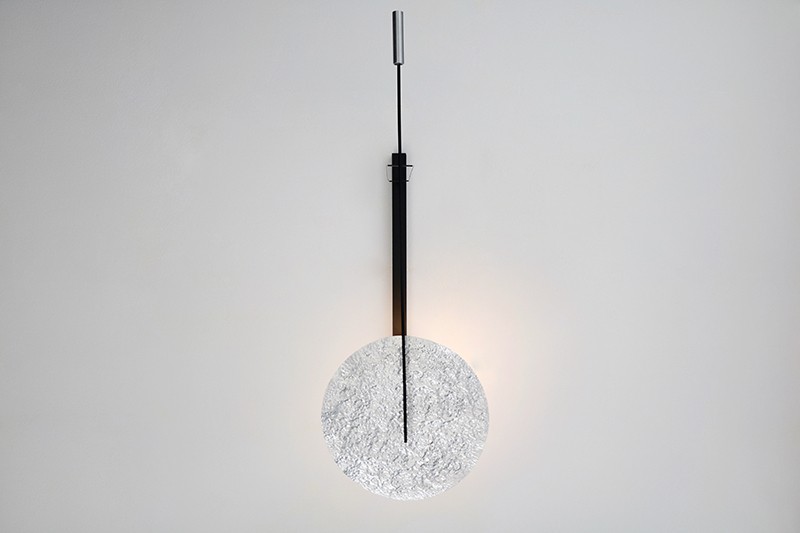 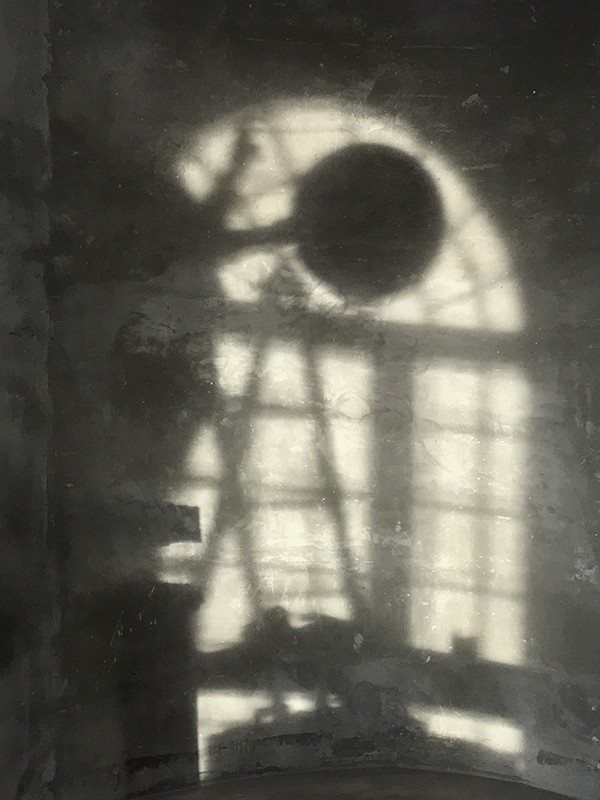 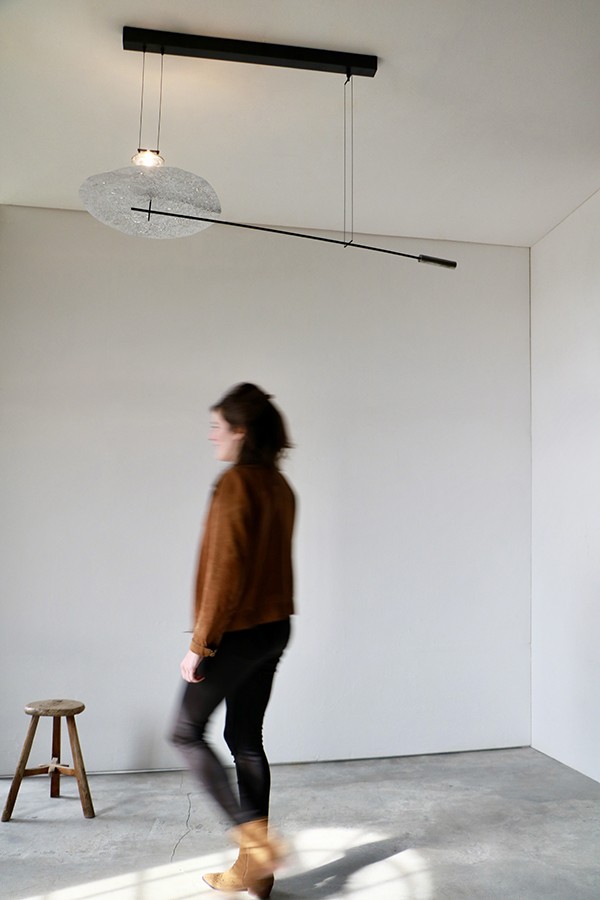