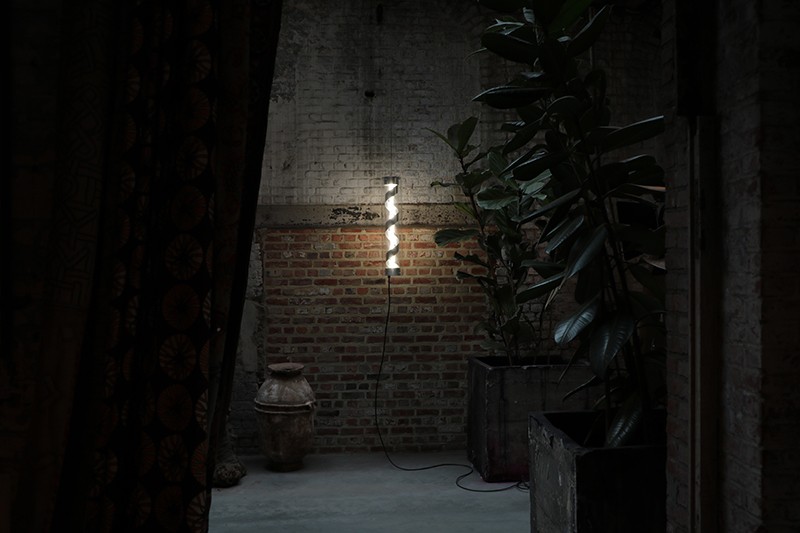 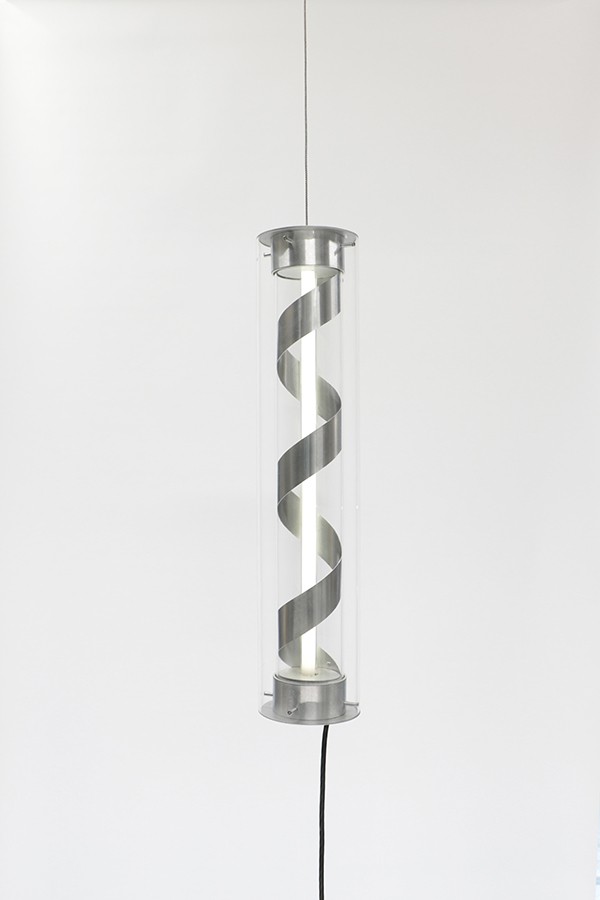 White Night opens a research on Urban Light Objects (U.L.O) and arises from a series of images of hairdressers signs taken in Japan and China.

Whether they are hung on the corner of a street, on either side of a shop window, homemade from recycled materials, or coated in garish colors, these luminous signs decline, in a variation of forms and effects, the original blue-white-red version of the barber’s pole lamp.
These photographs reveal a collection of gestures of reappropriation, of sideways steps towards this popular shop sign which appears as a signal in the city. 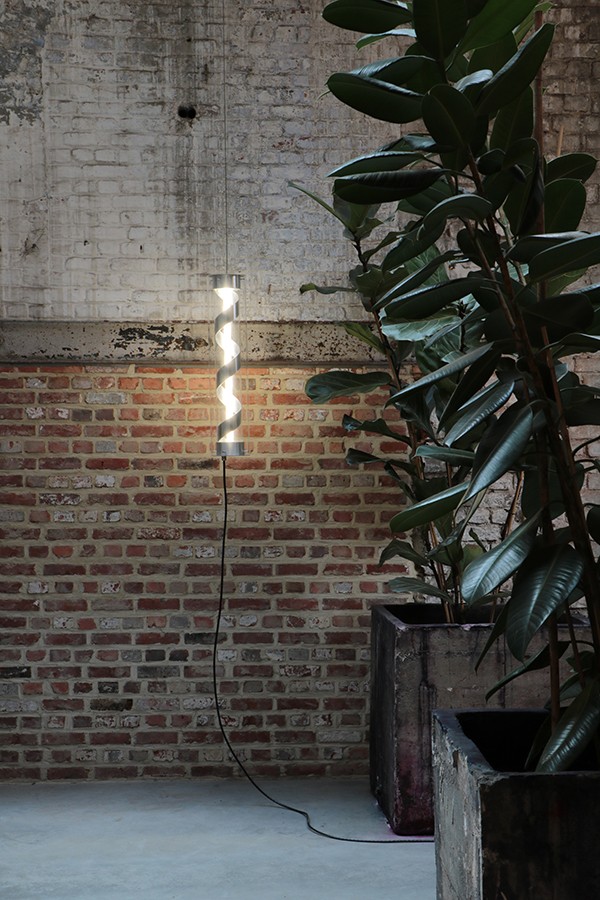 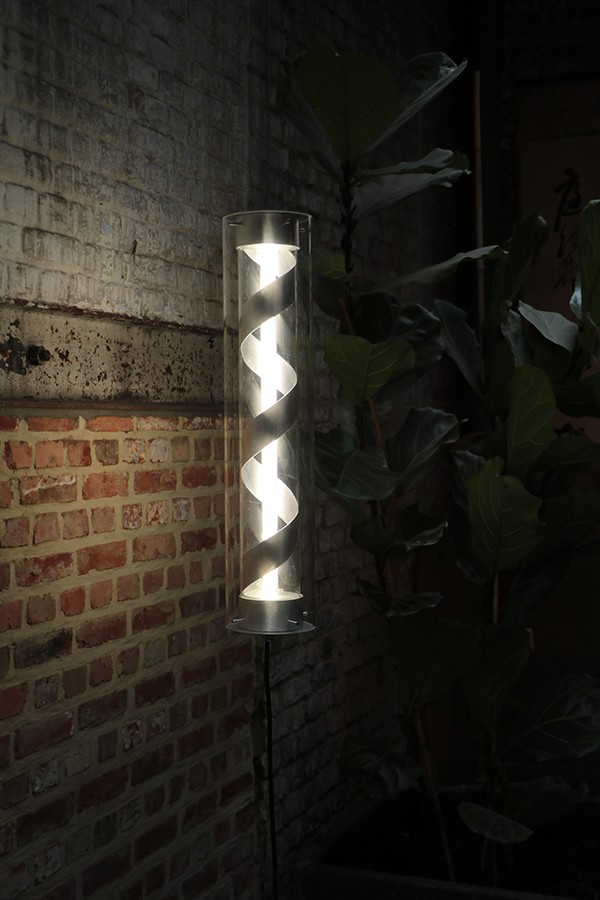 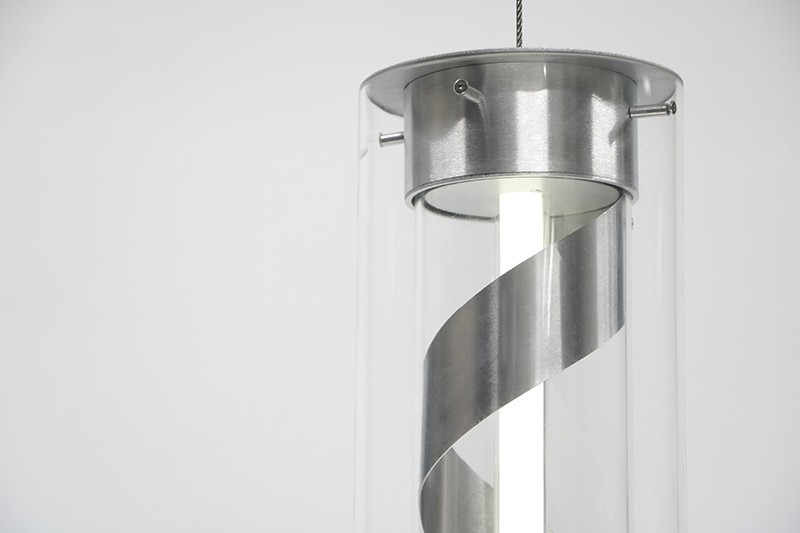 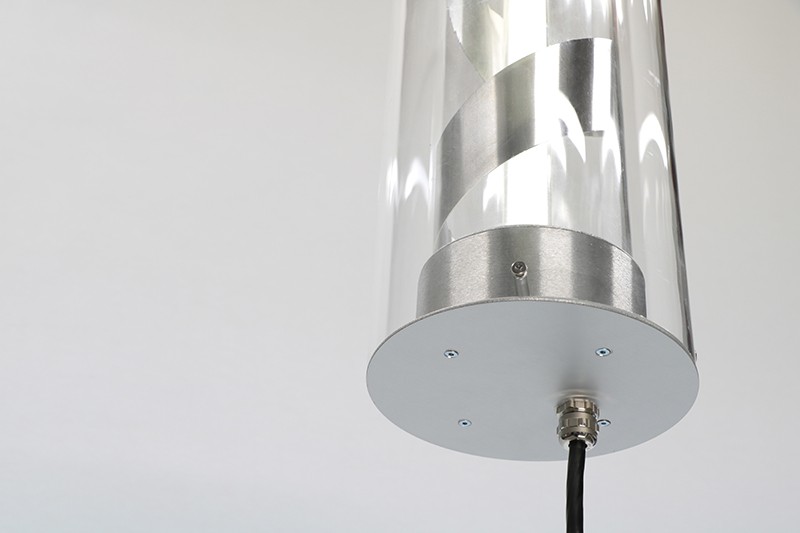 Based on this urban framework between function and ornament, kitsch and technical beauty, light and kinetism we have in our turn captured this object.
The formal vocabulary that characterizes the object is preserved (cylinder, spiral, luminous tube) but redesigned in a minimalist and refined way. Its tubular form incorporates all the elements that compose it. The light source is assumed and draws a vertical line around which is articulated the volume of the object.

In both versions, the graphic and visual strength of the moving pattern is highlighted by a subtle interplay between the transparency of the tube and the translucency or opacity of the ribbon.
The work centered around the spiral emphasizes the complementarity between the light and the aesthetic properties of the materials used.

The version #1, in aluminum, gives the object a radical aesthetic by its monochrome aspect. The ornamental and decorative aspect of the spiral takes on a technical and urban dimension, between a light reflector and a reflective strip. 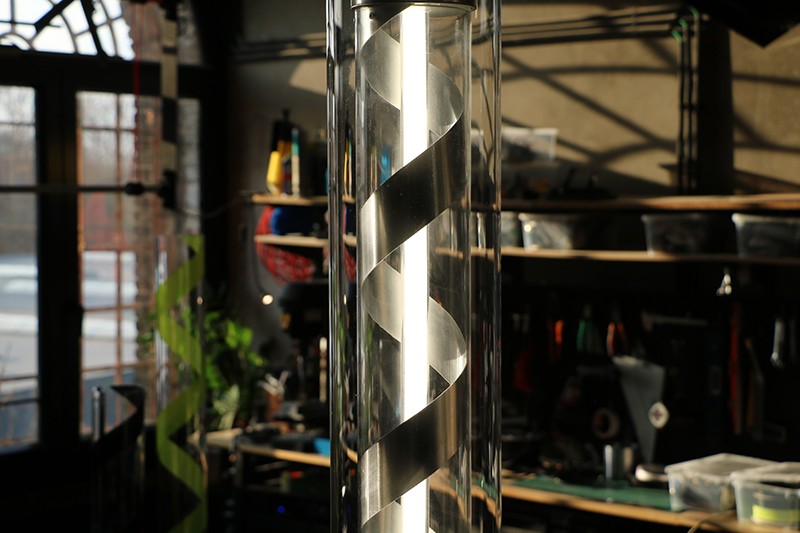 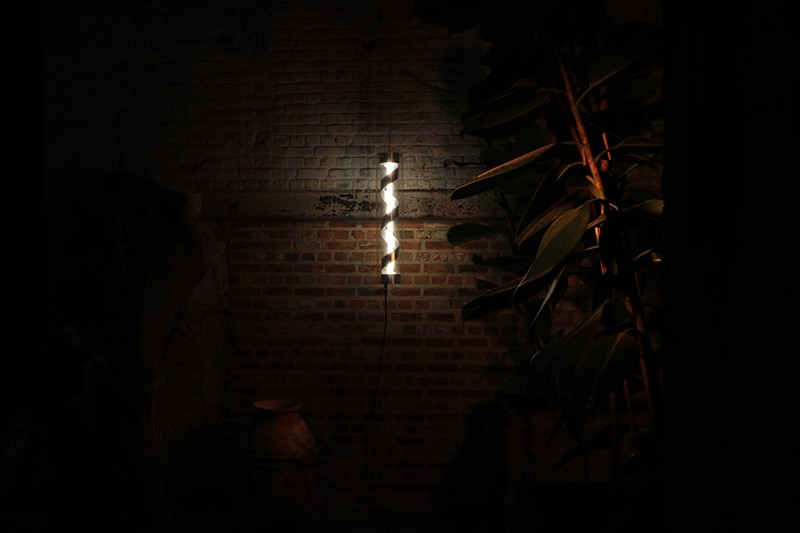 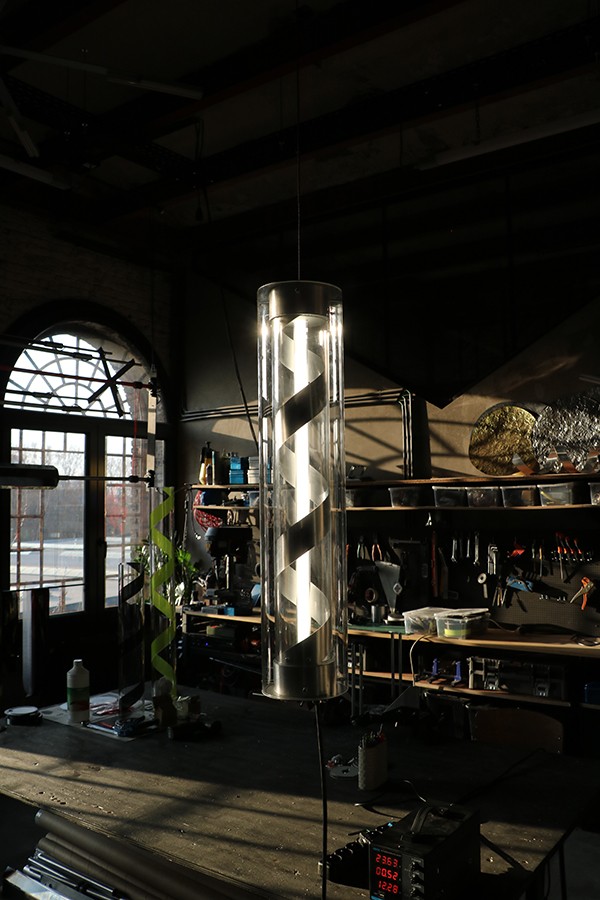 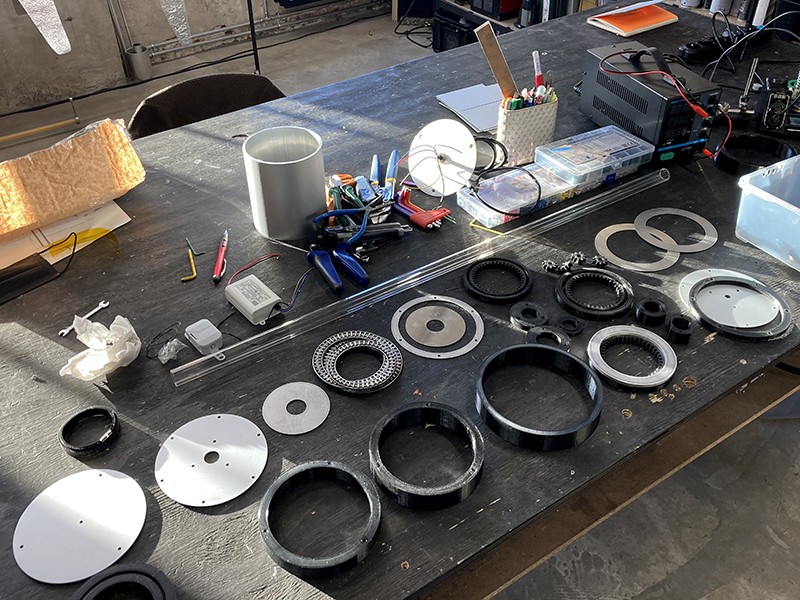 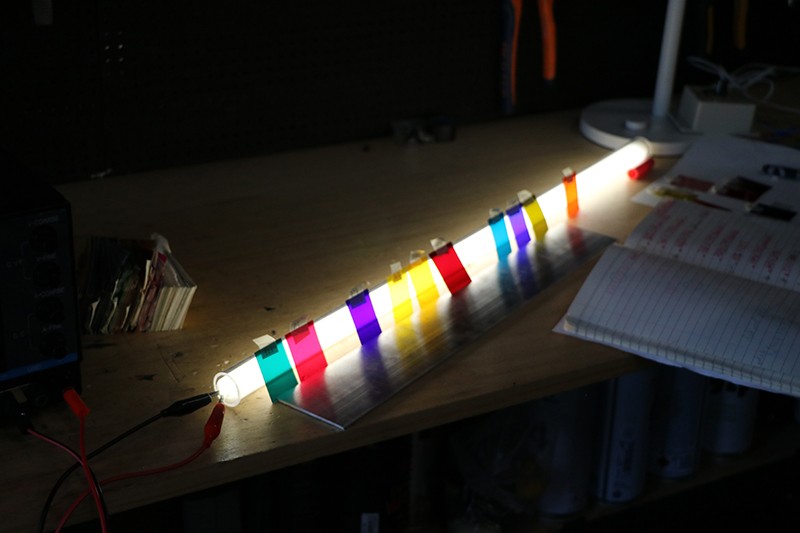 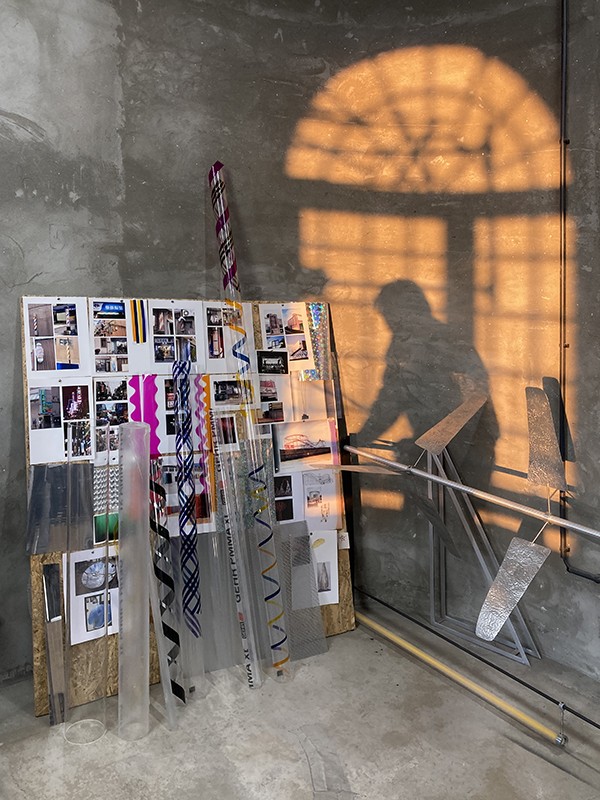